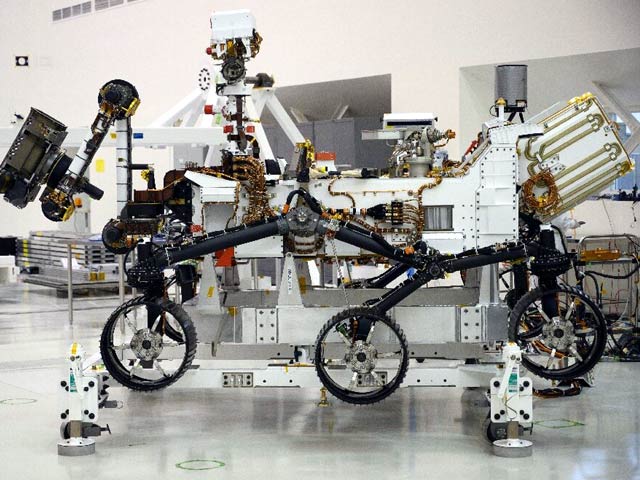 NASA Announces 2020 Mars Vehicle! Next year, NASA’s latest car, the Mars 2020 Rover, will be unveiled to the world for the first time on Mars. The rider has been introduced by inviting journalists to a ceremony on Friday.

The rides are still in the very clean room of the Jet Propulsion Laboratory near Los Angeles, which underwent several tests last week. The Mars 2020 Rover will be sent to Mars in July next year, and seven months later, in February 2021. It will also be the fifth robotic vehicle to reach Mars.

“It has very sensitive and sophisticated equipment installed that will not only help to find life on Mars but also enhance our knowledge of the geological and chemical structure there,” said Vice President of the Mission Matt Wells. This information will be helpful in sending humans to Mars, since the moon’s arrival, many organizations, including NASA, want to record human footprints on Mars.

The latest car has 23 cameras and two sensitive mic’s that will hear the cacophony of ears. The look of the rover is like the size of a small car and can only go 180 meters in 24 hours. It also has the latest nuclear reactor installed to power the rover.   The robot arm mounted on the Mars Rover is capable of digging and analyzing surface.

The world’s smallest biosensor ready to operating without battery