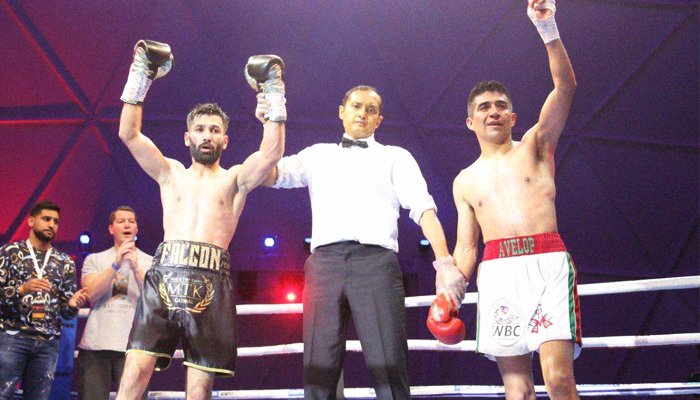 Muhammad Waseem defeats former World champion, Ganigan Lopez |Mohammad Wasim defeated Lopez of Mexico. Pakistan’s professional boxer Mohammad Wasim defeated Mexico’s Gangan Lopez in the Super Flyweight category in the 10th success of his career. The Super Flyweight category played in Dubai consisted of 8 rounds where the judges declared Muhammad Wasim the winner by 75 points. Mohammad Wasim’s 10th career success – Photo: Abdul Ghafar. Mohammad Wasim honored Philippine boxer Konradosaur by knockout in just 82 seconds at the flyweight bout boxing championship on September 13, 2019, at the Marina Boxing Hall in Dubai. However, Mohammed Waseem was suspected of not being welcomed by any of the top officials, including the boxing federation, and had to leave the airport on a rental taxi despite winning the award.
In a message on Twitter, the social networking site complained to the Champion Boxer saying, “I do not fight for my welcome at the airport, I fight so that Pakistan is welcomed all over the world.

Mohammad Wasim said that he has learned a lot from every fight and every tour and every tour gives the world an opportunity to show that boxing talent exists in Pakistan. Later, the boxing champion met Army Chief General Qamar Javed Bajwa where the Army chief congratulated him on his success and the country’s name. Pakistan Army Department of Public Relations (ISPR) said that Army Chief General Qamar Javed Bajwa congratulated and said that the success of Muhammad Wasim has enhanced the dignity of Pakistan, the pride of talented young country like Mohammad Wasim. And the Pak Army will continue to support the talented people.