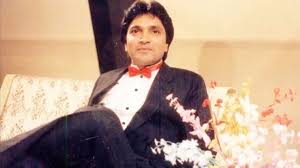 Moin Akhtar fans celebrate their 69th birthday today|When it comes to drowning in Pakistan’s role, Moin Akhtar’s name will be on the list, fans of the legendary actor are celebrating his 69th birthday today. Here are the short phrases, brilliant comedy timing and acting in the role. Introduction: Maine Akhtar, who is said to be the only versatile actor of domestic history, will probably not go wrong. Moin Akhtar, who opened his eyes in Karachi on December 24, 1950, began his lively stage drama with stage plays at the age of 16, at home, and at the barracks. Raised to fame heights, the role of PTV’s drama serial “Rosie” by Maine Akhtar He was immortalized. Maine Akhtar was also called the crownless king of the world of the stage. On the goat episodes, it is a memorial show of Sir Eid, Sir Eid, the relentless Akhtar. , Half-plate and indeed Moin Akhtar appeared on the heights of his craft. With other destinations, the Moin Akhtar duo is loved to this day, with whom they have played hundreds of unique roles. He was just as good a man as he was a good actor. In recognition of his tremendous service, he was also awarded the Pride of Performance and Star Distinguished Award by the Government of Pakistan.