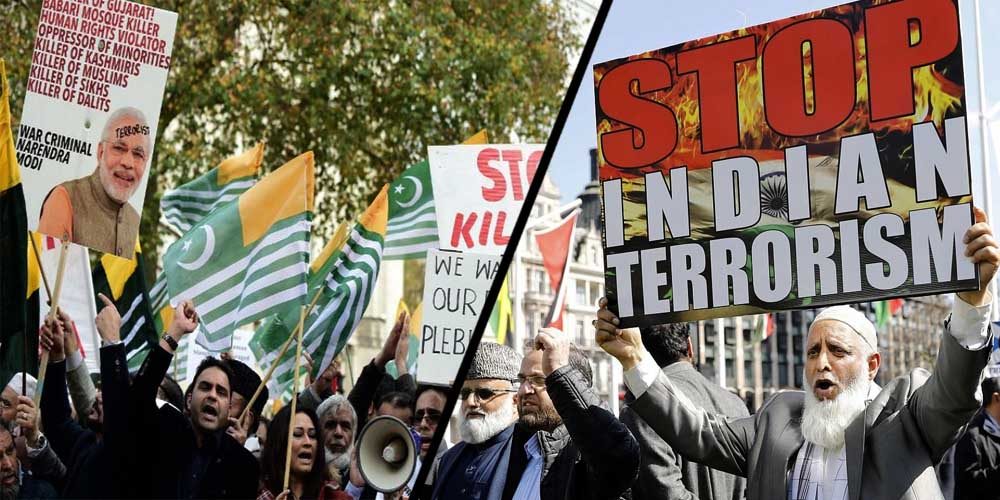 Modi terrorists, India terrorists Parisian atmosphere echoed | Paris environment Modi terrorists, terrorists in India, stop the massacre of Kashmiris and resonate with the slogans of freedom, what will we demand.
The Kashmiri community protested against India at the Eiffel Tower located in Paris. Demonstrated by Jammu and Kashmir Forum France Organized. Addressing Pakistani and Kashmiri leaders, the purpose of the demonstrations is to bring India’s unconstitutional and malicious actions to the world and to inform the UN that Kashmiris have been oppressing Kashmiris in India for the last seventy years. There is brutality and Kashmiris are being massacred in the Modi government. Expressing solidarity with the oppressed Kashmiris, the speakers said that their struggle was democratic and it was their right to decide their future. The problem is the solution in Kashmir, the problem should be solved in Kashmir and the world should look into it. Leaders added that today, developed countries talk about animal rights, but human rights violations in Kashmir are quietly beyond belief. After the abolition of the special status of Kashmir by the Indian government, canceling Articles 35A and 370, a wave of anger has erupted in the Kashmiris living in the world.

Demonstrations are underway in the French capital of Paris, a glimpse of which continues today from the Guard DeList to the Republic Square.
On September 8, a large number of Kashmiris from Gir Delist to the Republic Square protested against India’s barbaric move. People from all walks of life, including children, the old, the young and the political and religious, participated in the demonstration.
Demonstrations against India included large numbers of Kashmiri, Pakistani, Arab and French communities. The protesters had carried the flags and books of Kashmiris in their hands, which had slogans in favor of India and Kashmir.