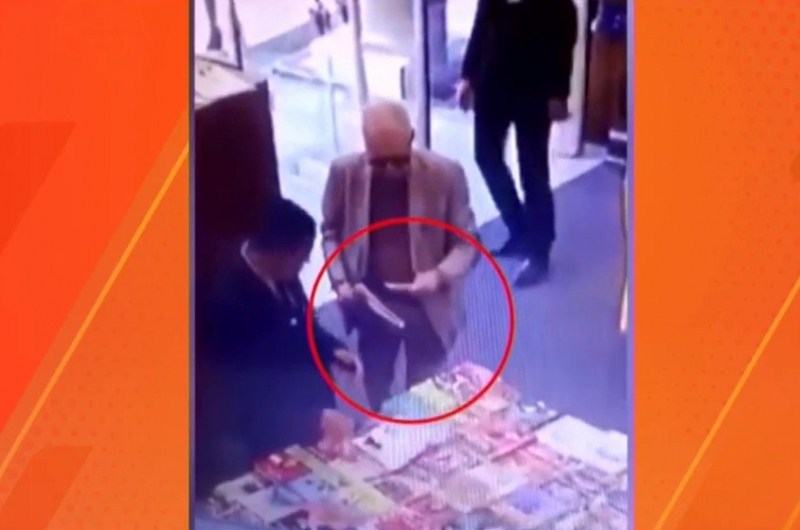 Mexican ambassador steal book in Argentina |Mexican ambassador to Argentina caught stealing the book. Oscar Ricardo Valero Riccio Besra, 76, a Mexican ambassador to the North American country of Mexico deployed to Argentina, was recalled after stealing only a US $ 10 book.
According to the news agency Associated Press AP, Ricardo Valerio Riccio Besra was called back after stealing a book from Argentina’s world-renowned book house, El Ateneo. According to the report, Mexican Foreign Minister Marcelo Eberhard immediately called the robber ambassador and set up an investigative committee on his actions. The Mexican Foreign Minister also stated in his tweet that the ambassador who had stolen the book from Argentina’s book house was immediately called back and a committee has been formed to investigate.
The foreign minister said that the ambassador has not yet been charged with stealing the book, but if he is found guilty of stealing the book, he will be removed from the job immediately.

The 76-year-old Ambassador Ricardo Riccio Besra has been serving in Argentina for a long time and is considered to be among the most influential figures, including the wealthiest people in Mexico. Two days ago, a video of Ricardo Riccio Besar surfaced in which he could be seen walking home and stealing a book in Buenos Aires. The elderly ambassador in the video can be seen going inside the book picking up the book from a shelf and exiting it. Police did not arrest the ambassador, but after the video went viral, the president and foreign minister of Mexico took notice of the matter and recalled Ricardo Valero Recio Besra. The American newspaper Bloomberg reported that the president described the ambassador’s stolen book as a shame for the country while his movements were being criticized on Mexican social media. Employees of the bookstore stopped him after the ambassador left without paying for the book, and later called the police, who later found out that the person who stole the book was a Mexican ambassador.

Pakistan Army’s female officer has been awarded the UN Certificate