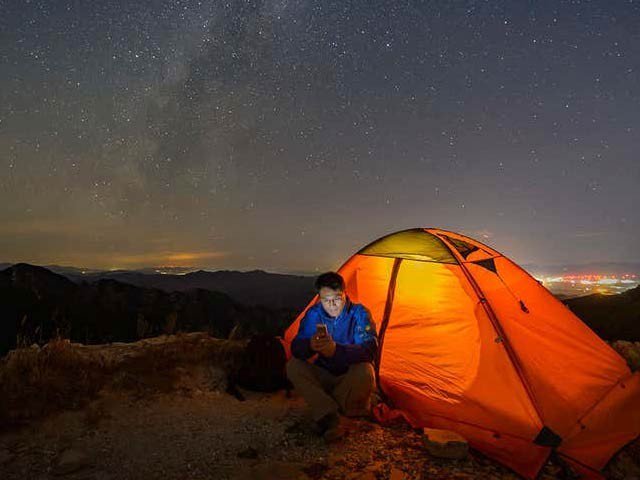 Low-cost battery charging system with ground heat|Currently, more than a billion people in the world are not blessed with electricity. In view of this, a new system has been developed that converts the heat of the night to ground electricity, and thus in the first phase, it can charge batteries that carry lights in addition to cell phones.

This device generates electricity from the heat or heat emitted from the ground at night. It was developed by Dr. Asut Raman and his colleagues at the University of California Los Angeles.

The thermoelectric effect is produced in this technology. This device generates electricity using a thermoelectric effect. Similarly, factories have converted electrical appliances into boilers, heating plants and electric heaters. Dr. Asotha Raman adopts his new method, called Radical Sky Cooling. For this, a black disk is mounted on a polystrain box that is toward the sky and a barrier or block made of aluminum. The black disk cools the ground temperature and the aluminum block heats the cool air at night. This difference makes the difference between thermoelectricity and it produces a large amount of electricity. In the initial experience, 25 MW of electricity is produced in one square meter, which is sufficient to light the LEDs, but power output can be increased up to 20 times in warmer areas where there is a significant difference in temperature. available. This is how an LED bulb or mobile phone can be easily charged. The entire system costs only $ 30 and will be nothing short of a blessing for the poorer countries, but its commercial destination is still far away…

The missing continent was discovered millions of years ago, amazing discoveries