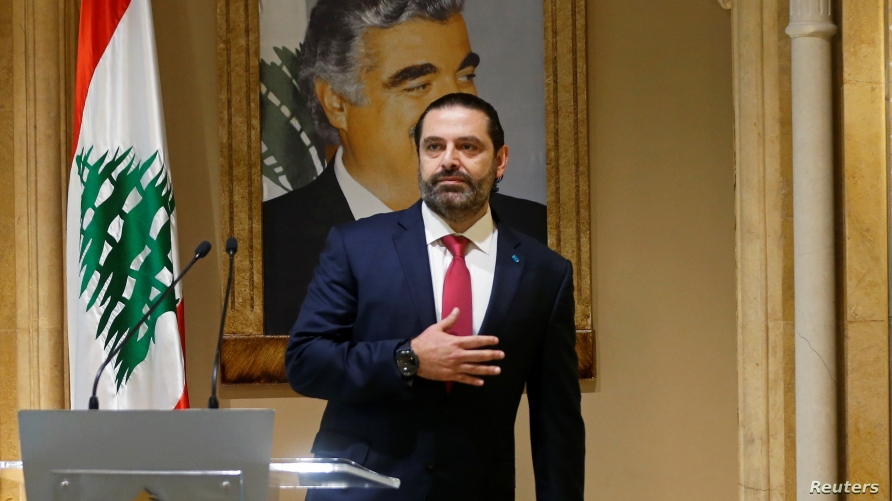 Lebanese prime minister resigns | Lebanese prime minister resigns after intense protests. Lebanon’s Prime Minister Saad al-Hariri announced his resignation after intense protests against the government in the country. According to a foreign news agency Reuters report, Saad al-Hariri said on TV that positions are coming and going but respect and protection of the country are essential. It’s time we face the effects of this crisis, I’m in the presidential palace, he said. Now it is our responsibility to protect Lebanon and restore its economy,” he said while addressing his political colleagues. Remember that the protest camp in Beirut was attacked and destroyed by a group of Hezbollah and Amal organizations yesterday.
People carrying poles and pipes destroyed the community center in the country. Hezbollah’s use of force came at a time when the leader of the organization Syed Hassan Nasrallah called on protesters last week to open the streets, saying that protesters were using foreign enemies to enforce their agenda. It should be noted that Lebanese citizens are in deep trouble because of the tax increase and the worst economic situation. According to the Ministry of Finance, Lebanon’s public debt is more than $ 86 billion, which is 150 percent of its overall growth rate. Recent tax increases have also suggested taxing up to $ 0.20 on calls made on the messaging application WhatsApp, though such calls are an important means of communication in Lebanon. Protests began in Lebanon on October 17 when no government sought a solution. Despite the government’s announcement to withdraw these taxes protests have intensified.

The new benefits of coffee that the world was unaware of