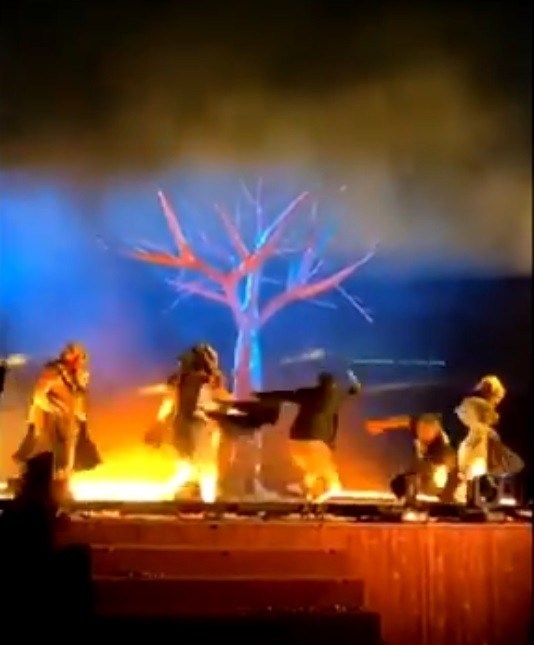 Knife attack on artists in Saudi Arabia |Knife attack on artists during the Saudi Cultural Festival. A Yemeni man attacked an artist with a knife during a performance at a cultural festival in the Saudi capital, Riyadh. In a video that went viral on social media, men and women are seen performing on stage, during which a man attacked the artist, injuring two men and a female artist. Police arrested the man who assaulted the artist during a cultural fair that began in the first week of October this year, while also holding a knife with a knife, according to Gulf News. The ceremony took place at King Abdullah Park in Riyadh, where foreign theater artists performed in semi-nude costumes.

According to police, the attacker hails from Yemen while he is reported to be 33 years old. The report added that the attackers were rushed to the hospital, whose condition is now out of danger. The festival, titled Season of Riyadh will continue until mid-December this year and it is likely that several Arab artists, including Western artists, will be performing. A large number of youths, including men and women, are arriving from all over the cities of Saudi Arabia to watch the events of the festival, and for the first time, men and women are getting to see the entire entertainment environment in one place, and the festival is appreciated worldwide. Are happening. Remember that Pakistani singers Rahat Fateh Ali Khan and Atif Aslam won the hearts of the fans on October 25 this season.

New Galaxy S11 is likely to be introduced in five versions