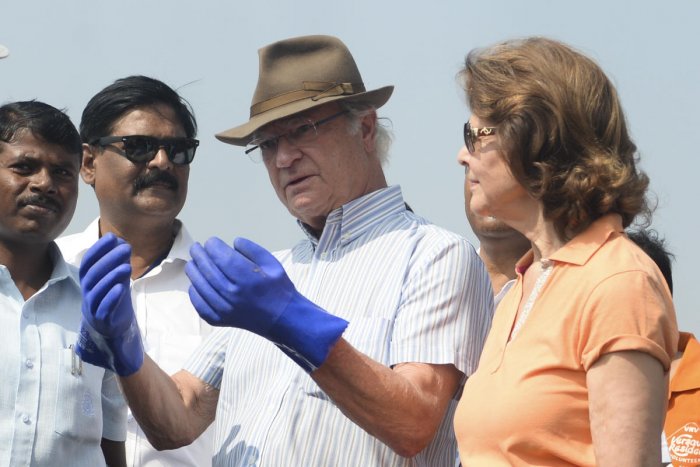 King Sweden has been trying to work for Kashmir |King Sweden has been trying to work as an observer in Kashmir for years. New Delhi Sweden’s King Karl Gustaf has said his country has been witnessing the situation in occupied Jammu and Kashmir for many years.nHe said that the mandate of the UN Military Observer Group UNMOGIP in Pakistan and India, of which he is also a part, was to review the 4-month-long crackdown on the Kashmiris for Stockholm. The King of Sweden made the statement in response to Sweden’s question of mediation to resolve the ongoing situation between Pakistan and India. In addition, the Swedish Foreign Ministry demanded that the occupied Kashmir be removed from the curfew and restored communication links. We can say we have people from Sweden who have been trying to work in Kashmir for years, Sweden’s King Karl Gustaf told a select group of journalists. He said if India permits, he would like to extend the observation in this regard. Considering that the Swedish king and his wife are on a five-day visit to India, the royal couple met with Maharashtra Chief Minister Uddhav Thackeray and Governor BS Koshari. At a meeting with the Indian leadership in New Delhi, he declined to answer, citing Sweden’s policy of not seeking comment on political issues on the question of mediation for Kashmir’s resolution.

The King of Sweden called his visit interesting, saying there were a lot of scopes for India and Sweden to work together. Karl Gustaf met Indian Prime Minister Narendra Modi, Union Finance Minister Nirmala Sitharaman and industrial representatives in New Delhi on December 2 and 3. Last week, Swedish Foreign Minister Anna Linzie told the Swedish parliament that we emphasize the importance of respect for human rights to avoid a tense situation in occupied Kashmir and a long-term political solution to which the Kashmir resident join in. He said that talks between Pakistan and India are very important.