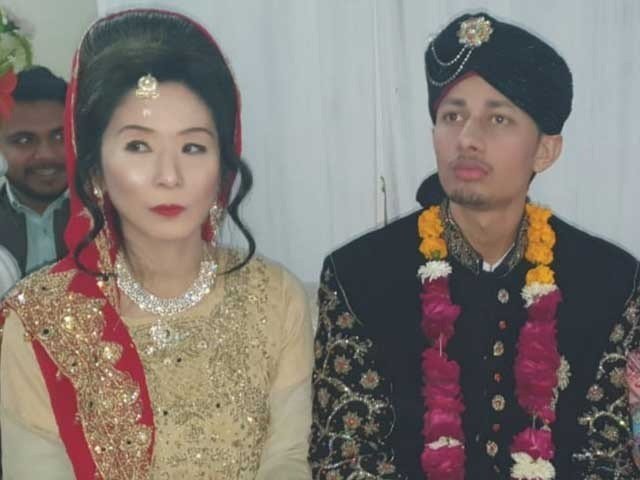 Japanese woman arrested in love with a Pakistani boy has reached Faisalabad! Japanese friend arrives in Jadwala for a wedding after a friendship over Facebook.

According to Express-News, another friendship on Facebook has turned into a marriage bond and the lady from Tokyo, Japan, has reached Jaranwala, Faisalabad, to transform her love into a pure relationship.

The resident of Madani Park in Jaranwala, Mohammed Ajmal, of Tokyo, became friends with Mimi Kato of Tokyo, who later changed in love. The Islamic name was Fajr. Fajr and Ajmal got married in Dhoom Dham, according to regional customs.

Fajr said that the happiness he felt in coming to Pakistan could not be described in words. People here are sociable and extremely loving. Marrying a Pakistani youth is the happiest moment of life.

TikTok experimenting with its music app