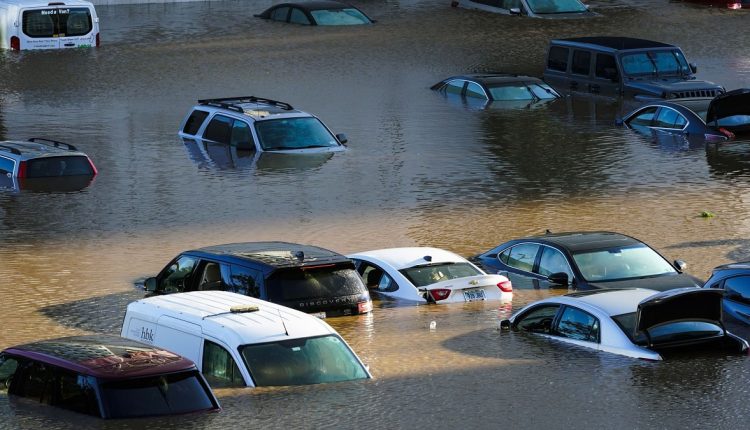 Some parts of London are being ravaged by heavy rain over the past few days and caused a lot of traffic chaos before the Tuesday morning commute.

The floods are partly responsible for the suspension on the one Tube line and the severe delays on three others, while minor disruptions were reported on the third.

Video footage shows a portion of Knightsbridge in west London submerged – with cars unable to pass through.

The more upscale areas of the borough appear to be particularly affected by the rain, but it’s not clear if shops or businesses have been damaged.
Two Tube lines are shut down following heavy rains hit the capital.

The early morning rains have left many roads in the capital submerged, and the A4 to and from the city severely dipped.

Camden, Hampstead, Aldgate, and Croydon are just a few of the areas in the city that are battling the rain.

The Met Office tweeted 35 millimeters of rain within St James’s Park overnight – with just under 1 inch of water recorded within one hour.

There is a yellow alert to expect rain across the country until midnight, but London isn’t included.

Transport for London says there are considerable slowdowns in trains on the Circle, District and Hammersmith & City Line due to the flooding in the area of Gloucester Road station, and there is no service on Overground connecting Kensington (Olympia) as well as Clapham Junction due to flooding in the Imperial Wharf area.

The Metropolitan Line is also experiencing minor delays between Harrow-on-the-Hill and Aldgate because of flooding in Aldgate.