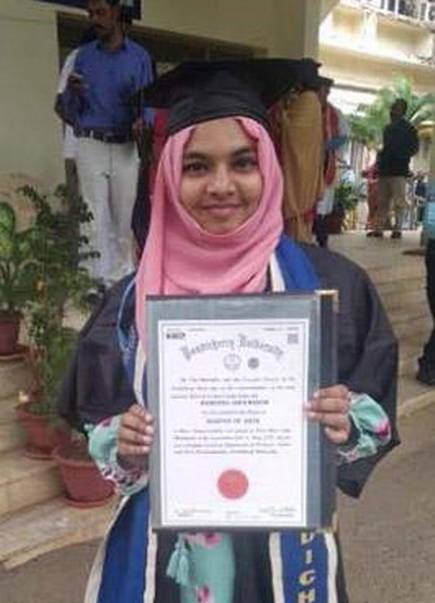 Rabia Abdul Rahim holds Mass Communication Degree at Pond Cherry University and thanks to excellent performance, she got the first position and deserved the Gold Medal. Indian President Ram Nath Kovind was supposed to give a gold medal at a convocation held at the university on December 23, but the student refused to receive the award. According to an Arab News report, Rabia said that as soon as she entered the auditorium, security in the hall after the arrival of the Indian President told her to exit. He said that I was not compelled to go out of the hall but I know why this attitude was kept with me, it could be because I opposed the citizenship amendment law and on this matter was also involved in the protest. Rabia said that trying to stop them in convocation is an insult to all the people of India who are currently struggling.

When the student was allowed to enter, by then President of India Ram Nath Kovind had gone there, he took the certificate on stage but refused to take the gold medal. I call it a gold medal, I am a literate girl and I do not want to be a gold medal to tell myself what I should do, it is my protest and the expression of all the people who are amending the citizenship law. Are fighting against. Indian President Ram Nath Kovind tweeted about convocation at Pond Cherry University but did not mention the incident. It should be noted that there have been protests and protests across the country over the citizenship amendment law, and so far at least 25 people have been killed as a result of protests across the country.