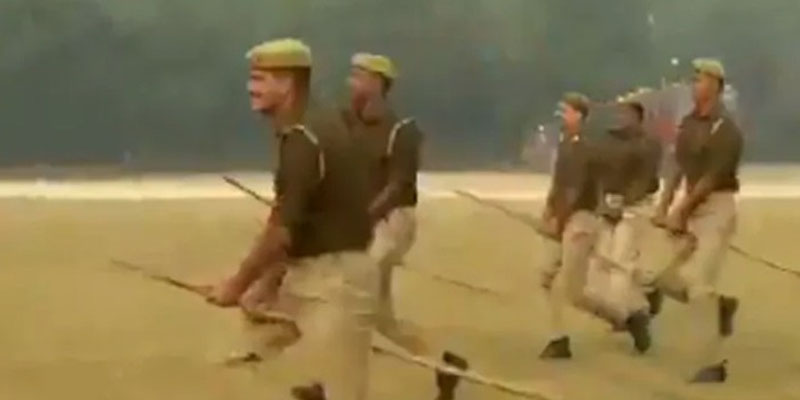 Indian police practice aboard riding a horse|Video of Indian police unique and fake practice went viral on social media. Policemen practiced riding a horse instead of a horse. According to the Indian media, police personnel in the state of Uttar Pradesh did this exercise last week. According to a police officer, the exercise was conducted in police lines the day before the Supreme Court decision. Imagine yourself a horse.

Facebook has removed more than one million posts on child abuse