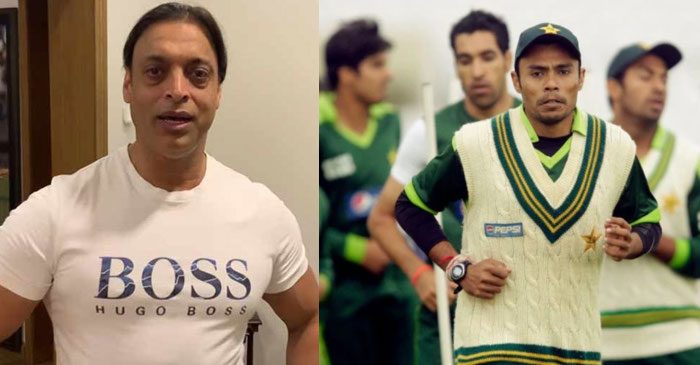 Indian media get harassed |Shoaib Akhtar became Pakistan’s notoriety even after his retirement. Indian media get harassed over racially discrimination from Danish Kaneria Former cricketers’ case is PCB. Shoaib Akhtar became Pakistan’s notoriety even after retirement. In a move to appease the Indians, he defamed his own country, blamed the Indian media for rape discrimination from Danish Kaneria. , Gautam Gambhir and Madan Lal are present in the slimes, PCB declared the matter a war of former cricketers. Mohammad Yousuf termed the allegation as baseless and said that I have never encountered such a situation, Iqbal Qasim and Mohsin Khan demanded that the league sniper be exposed to the names of those who took a negative attitude. According to details, former speed star Shoaib Akhtar was in the headlines due to negative news during his career, but after retirement, he did not miss the controversy, following the statement about Danish Kaneria, the number of his Indian followers on social media. The controversial statement, especially in India, was the focus of attention and the media got a chance to appear, in which former cricketers Gautam Gambhir and Madan Lal appeared, not only against Pakistan cricket but also against the country.

On the other hand, PCB is of the view that Shoaib Akhtar and Danish Kaneria are former cricketers and not in our contract, both are talking about the behavior of a few players, not Pakistan cricket or board. And Mohammad Yousuf had the opportunity to play under captaincy, he can give a better answer. During his career, Muhammad Yousuf declared the allegation as baseless and said that I have never had a situation like this by the Pakistan team or management. Former cricketers Iqbal Qasim and Mohsin Khan said the measure of any player’s ability was Religion, color or race, but it must be a passion for cricket and, if adopted a negative attitude to Danish Kaneria, he should bring his name.