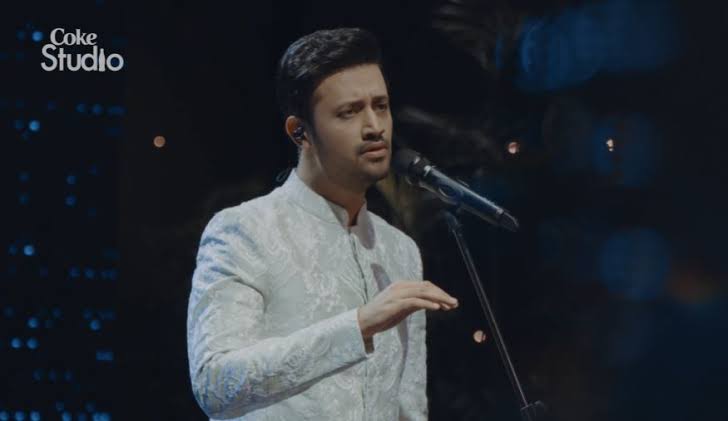 Indian drunkard under the guise of “He is God”|After the last two unpopular seasons, the twelfth season of Coke Studios began with Atif Aslam’s loud ‘He is God’, which spread the flags of popularity not only in Pakistan but also in India. The auction, which was aired on Friday last week, has been trending in India for several days on various social networking websites. Atif Aslam’s Indian fans are not tired of praising him in this beautiful voice on Twitter, Facebook, and YouTube. This definition, “He is God”, was read by Nusrat Fateh Ali Khan and Muzaffar Warsi many years ago, but Rohail Hayat has given a new shape to today’s young generation in harmony with this beautiful word. Color is given By the time this news was filed, the word has so far been heard on YouTube by eleven million, or a million people. Aftab Aslam said in a video statement about his new experience before the broadcast that he wants to name his son Ahad, saying, “My son is five years old Whenever it comes to its creator, thinking about it feels like a fun moment,” he said.  He said, ‘I read this phrase with heart and devotion because what is read by heart is acceptable and when it is accepted, you are included in the list of what it wants. ‘ At the end of the hymn, he mentioned the Prophet, “Whenever the name of Allah comes, it is necessary to take the name of his beloved”. People all over the world, especially Indians, are praising Atif Aslam for this new word from various social media platforms. A YouTube user in India wrote, “I am an Indian citizen, but every time I listen to Atif Aslam, I am proud of how many good singers there are in Pakistan.” One Twitter user wrote, “It is a beautiful feeling that one can raise a non-Muslim with his beautiful voice. If no one is sure, he can hear the voice of Atif Aslam because he is God.

It’s not easy for women to buy these sandals