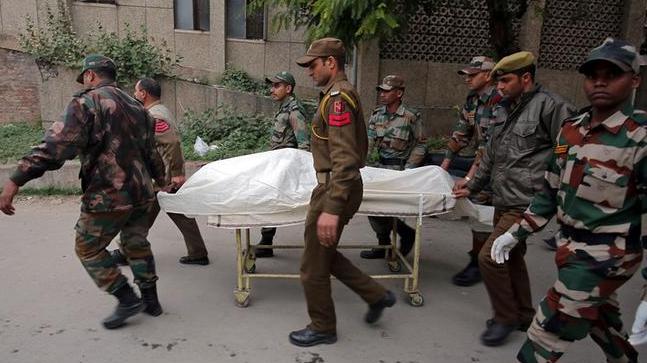 Indian Army officer kills 5 colleagues |India A Border Force officer kills five colleagues and commits suicide. India Armed Border Force officer shot dead five of his comrades and then committed suicide. According to foreign news agency AFP, Constable Masoodur Rahman of Indo Tibetan Border Police IPBP opened fire on his colleagues in the Chhattisgarh state of India. It should be noted that this central state of the country has long been facing insurgency due to leftist groups. According to a statement issued by the ITBP, one-shot himself after firing on 7 personnel.

In addition, two injured were shifted to Raipur, the state capital. Chhattisgarh, rich in minerals, is one of India’s poorest states where Maoist insurgents have been fighting for their rights over land and resources for decades. Thousands of soldiers, rebels, and others have been killed since the 1960s. To eliminate these groups, the government has deployed thousands of police and special commandos. After that, the government took steps to provide consultants, helplines and even yoga. It may be noted that in occupied Kashmir, 4 soldiers were killed last day, 3 of them were killed in an avalanche and one blizzard. The Siachen Glacier is known as the highest war zone in the world. India’s security forces have in the past witnessed a number of suicides and murders, with major causes being overtime duties, poor workplace conditions and unpaid leave. In occupied Kashmir, there have been hundreds of incidents of suicide by Indian soldiers.

During the twenty-four hours in March this year, two soldiers in Srinagar shot themselves with a government rifle and ended their lives. The suicide victim was associated with the Indian Security Force, Indo Tibetan Border Police ITBP and was identified as Ram Phool Mina. It is understood that 428 Indian soldiers and police personnel have committed suicide in occupied Kashmir since January 2017.