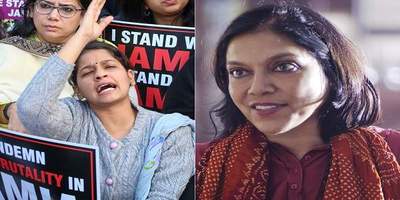 They have appealed to the citizens to cooperate with them in demanding the release of Sadaf Jaffer. Sadaf Jaffer is a Congress spokesperson, teacher and social activist in Uttar Pradesh, working in film and theater. The actress has been heard in a live video on Facebook in which she is asking women policemen to stop the stones. SHO Hazrat Ganj police station DP Kishwaha says Sadaf Jafar was arrested along with the protesters, accused of making anti-government slogans, sent to jail and there is video evidence against him. While she may file an appeal against her arrest in court. Sadaf Jafar’s sister Naheed Verma has denied the allegations of the police, saying that Sadaf was not and was protesting and protesting under the law is the right of every citizen.