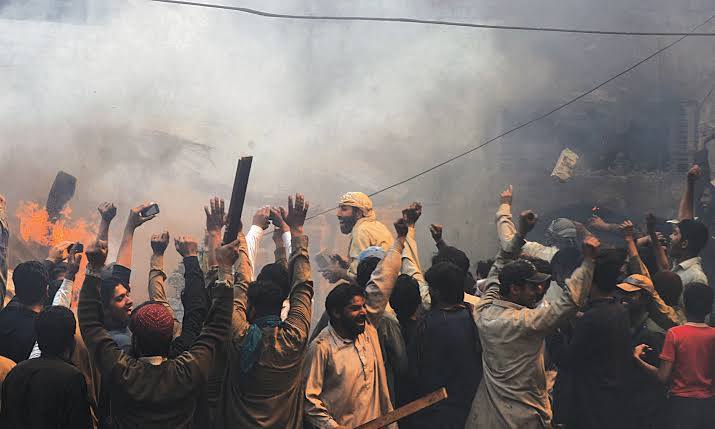 India the dead man returned alive | India the dead man returned alive at the hands of the mob. Police in Patna, the Indian state of Bihar, was stabbed when a person killed by mobs returned three months ago and raised a question mark on the performance of state police.
According to a piece of news about three months ago, on August 10, a mob was killed by a mob in Nubatpur, west of Patna, which was initially identified as Krishna Manjhi. On August 10, a mob was tortured and killed by a mob in Nisarpur village on suspicion of kidnapping a child.
Police also launched a probe into the incident and detained 23 people.
However, three months later Krishna Manjhi, who was believed to be killed in the violence, returned to life. SSP Grima Malik said, “It is certain that some people were killed by villagers on August 10, but now the question is who was the person who was killed that day.
He said a fresh investigation into the incident has been launched to identify the victim.
Nobatpur Police Station SHO Emperor Deepak Kumar said that Krishna, who works on a daily wage in Pune, said that someone who knew him said that his family had paid his last rites while his wife. It is also a peace that her husband is no longer in this world. However, after hearing the news of his death, Krishna returned home.
On August 10, Krishna’s wife, father, and brother identified the body and told the deceased Krishna, the SHO said. He said that on that day there was a tattoo called ‘Krishna Manjhi’ on one arm of the deceased person and on the basis of the clothes of the deceased, Krishna’s family identified the body.
He said that after Krishna’s family’s claim, the police could not do anything and handed him over after the body was processed.

A motorcycle with a speed of 400 KPH

Iraq’s Protesters are Still in the Streets