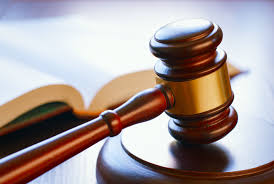 India Rap girl gets fire on her way to court | There has been a wave of intense anger among the public since the incident took place. Thousands of people have protested in several cities following the murder of 27-year-old Dr. Priyanka Reddy in the Deccan Hyderabad last week, according to a British news agency Reuters report. Demonstrators and members of the assembly were urging the court to tackle the rap cases as soon as possible and that the perpetrators be punished severely. Meanwhile, a doctor at the Lucknow Civil Hospital in the northern Indian state of Uttar Pradesh said the woman was burnt on Thursday morning, after which she was taken to hospital in critical condition.
In this regard, the police said that the victim was riding on a train going to Anau to appear in the case that she was sprayed with kerosene and set on fire. Police Superintendent Vikrant Veer said that “according to the statement of the victim, five people were involved in the blaze, including the rapist.” According to police officials, the five accused involved in the incident have been arrested.

In addition, according to the police document, the victim lodged a complaint at the Anao police station in March that she was raped on December 12, 2018, by force of arms. The accused was arrested after the trial but was released from jail on bail last week. It is to be noted that Uttar Pradesh is India’s most populous state and is notorious for the critical situation of crimes against women, wherein 2017 alone more than 4,000 rap cases were reported, the largest number in India. The Uttar Pradesh government is with Indian Prime Minister Narendra Modi’s Bharatiya Janata Party BJP which was sharply criticized by the opposition in July, accusing it of protecting rap suspects