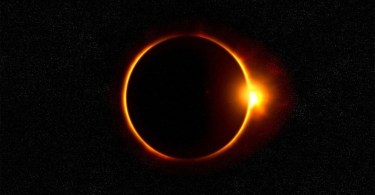 In Saudi Arabia, 118 years of the unique eclipse will take place

In Saudi Arabia, 118 years of the unique eclipse will take place

In Saudi Arabia, 118 years of the unique eclipse will take place|The unique eclipse of its kind will take place in Saudi Arabia later this month, this unique eclipse of its kind will take place 118 years later. Urdu News reported that Dr. Khalid Al-Aziz, a member of the Arab Organization for Space and Astronomy, said in a tweet that Saudi Arabia will have its own unique solar eclipse on December 26 and that it will be 118 years later. It will be the eclipse circle, starting on Thursday, December 26th. According to Dr. Khalid Aziz, those who wish to see this unique scene can visit Jabal al-Raba in al-Ahsa al-Hufov, Saudi Arabia. The radius of the eclipse, Kosov al-Shams al-Halaqi, occurs when the moon is at the farthest point of the planet, Elzaq said. The reason is that the moon’s orbit around the Earth is elliptical. The volume of the moon is smaller than the volume of the sun. The moon does not have the power to completely cover the entire body of the sun. In this case, the conical head of the moon’s shadow does not reach the surface of the planet, which hides the middle part of the sun in areas that fall in the conical circle of the moon’s shadow. Sometimes the eclipse is twelve minutes and 30 seconds. The length of time it takes for the Moon to calculate this distance becomes the eclipse. Dr. Khalid Al-Aziz tweeted that the eclipse of the sphere will begin on Thursday morning, December 26, while the eclipse of this kind can be seen in 2102 after 84 years.

How much do players pay in PSL Five?

Love is a hard thing that doesn’t happen to me