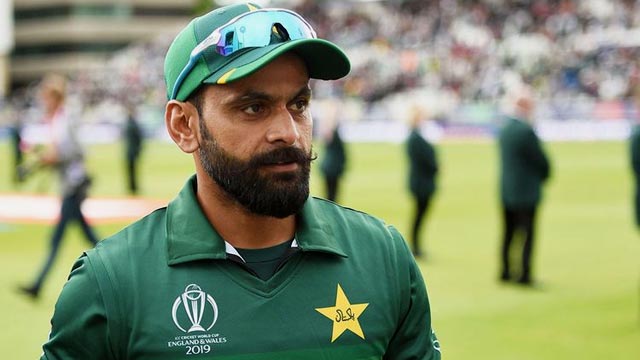 If Misbah had been his place, he would have had his first experience of coaching Mohammad Hafeez

If Misbah had been his place, he would have had his first experience of coaching| heard that the board has made a policy of keeping me and Shoaib Malik out, but officials are not ready to talk openly about it,

Former captain Mohammad Hafeez is particularly disappointed when he is not selected for the tour of Lahore. Listen, the PCB has made a policy of excluding me and Shoaib Malik, but the authorities are not ready to talk publicly about it. In an interview, Mohammad Hafeez said that touring Australia is not easy for any team, Pakistan will always be under pressure this time around, my best wishes are with the players. It would be a tough challenge to complete, of course, because they thought it was accepted, but if I was in the field of Misbah I would have gained coaching experience first because it is a very difficult task and you have to answer any questions. Expressing good wishes for the new Twenty20 captain Babar Azam, he said that I wish the tough times Australia’s captaincy should not be affected by his batting performance, I have not seen Babar leading the way so it is not appropriate to give any opinion, he will only be able to guess how he will prove to be captain when he takes over the matches. Can be. The former captain said that the young players should join the team for the tour of Australia, adding that PCB should now give them continuous opportunities so that their talent can be judged.