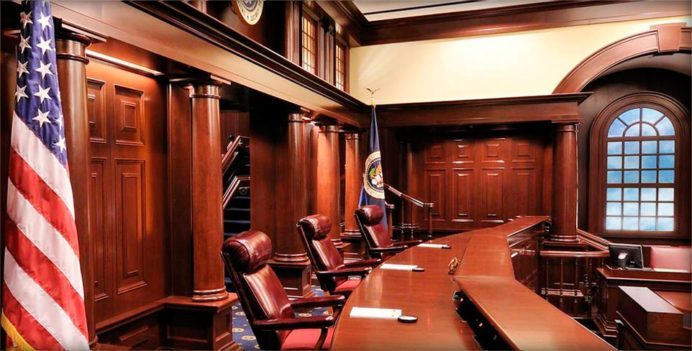 I died four years ago, I should be released from prison| An inmate sentenced to life imprisonment for murder in a prison in the American state of Lova, appealing to the court for his release, offering unique reasoning that he should be released because he was released four years ago. ‘Death’ had happened. Benjamin Schreiber was sentenced to life in prison in 1990 for stabbing a man, but in 2015 his body was poisoned by a rock in his kidney, AFP reported. He was rushed to hospital in anesthesia where doctors said he had to make five attempts to resurrect a ‘dead’ person. He then underwent surgery to treat Benjamin’s kidney. He was then taken back to jail. In 2015 his body was poisoned by stones in his kidneys. Photo AFPbenjamin claimed in a court filing in 2018 that ‘I was dead for a few moments four years ago so my sentence has been terminated on a technical basis, I should be released.’ However, the district court did not recognize Benjamin’s claim, saying that the appeal was ‘unbelievable and did not meet the merit.’ Benjamin’s lawyer took the case to the Appellate Court after this rolling out of the District Court, and the Appeal Court also denied Benjamin’s claim. The judge said that two cases arise – one that Benjamin is alive and should complete his sentence, and the other is that he is dead and that could be debated. The court has said that this appeal is “incredible and does not meet the merit.” Photo: AFP Judge further wrote in his judgment that saying he dead felt “unrealistic” because the plea of ??this case But they have signed themselves. Applying the final nail in the coffin of Benjamin’s appeal, the court said that his sentence could not be terminated unless a doctor wrote that his death had occurred.