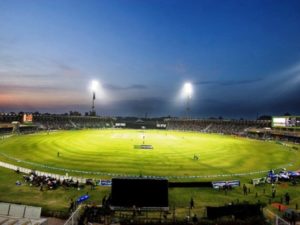 Security agencies have completed their preparations for the first test; a rigorous inspection of teams’ rotations and stadiums is underway, with law enforcement personnel, including the army, rangers, and police. Duty is being handled, media persons were also allowed to come to the stadium after thorough scrutiny yesterday.

Stickers were pasted after checking out the luggage, Sri Lankan journalists were also allowed to arrive only after the procedure was cleared, fans visiting the match on Wednesday had to go through security steps before opening, Traffic flow was impacted by the arrival of teams yesterday.

The schedule of Metrobus will be slightly changed on Wednesday, despite the problems. Most citizens expressed happiness instead of any unpleasantness and said that the revival of Test cricket in the country is starting from Rawalpindi, PSL matches will be held in Pakistan. So once again it will take a long time.