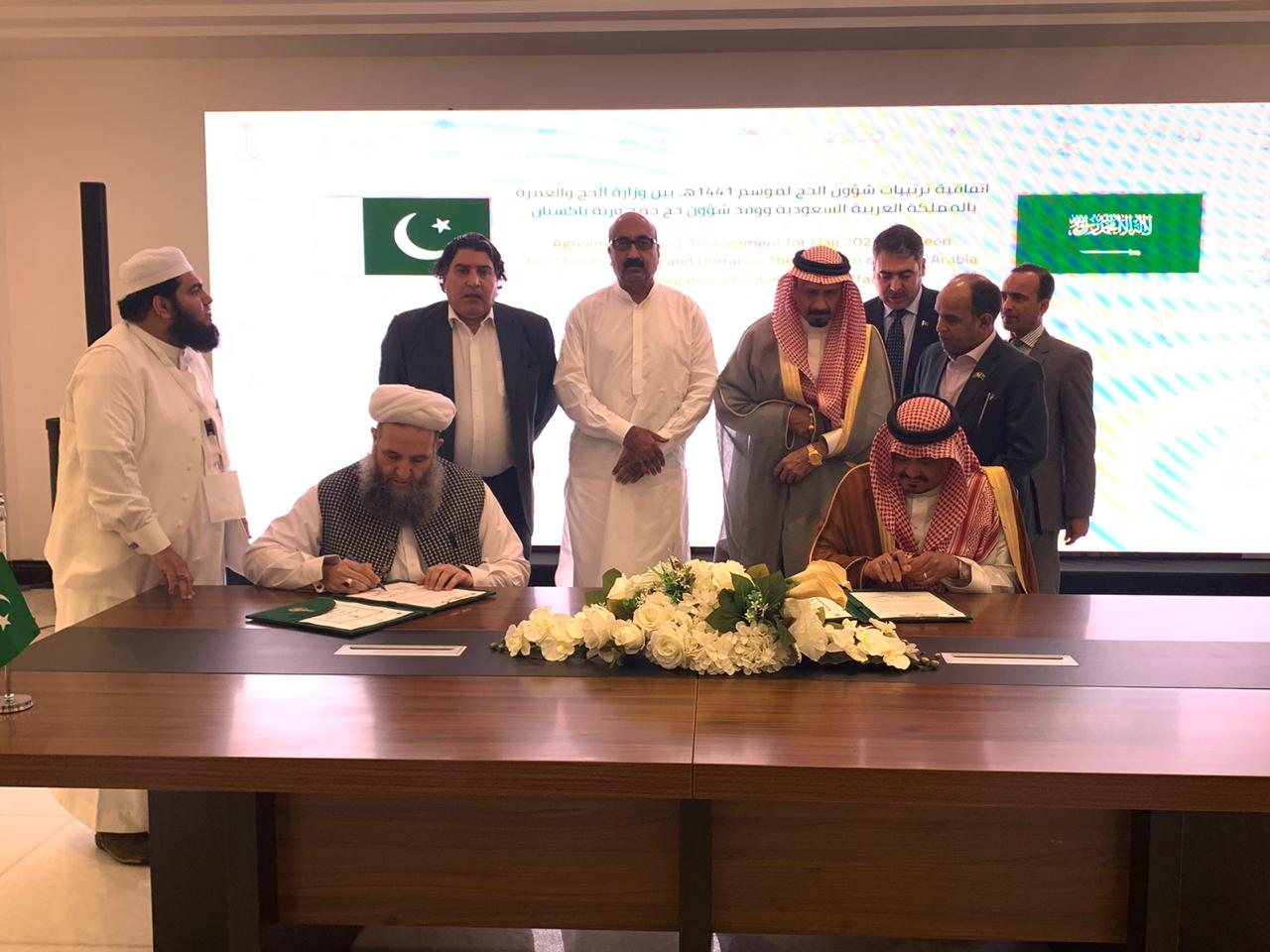 Hajj agreement between Pakistan and Saudi Arabia was reached in 2020|Hajj agreement between Pakistan and Saudi Arabia was reached in 2020 in Mecca. According to religious affairs spokesman Pir Nurul Haq Qadri, Minister of Religious Affairs signed the agreement with Saudi counterpart Dr. Saleh bin Bintan. According to spokesman Imran Siddiqui, two lakh Pakistani pilgrims will perform Hajj on the occasion of the next Hajj. Prior to the agreement, Pakistani delegation held talks with the Saudi counterpart on the pilgrimage to Pir Noorul Haq Qadri. According to the spokesman, Secretary Mian Mushtaq Boorana, Pakistani Ambassador to Raja Ali Ijaz, DG Hajj Abrar Mirza, Director Sajid Asadi were also in the negotiating team. Deputy Minister of Hajj, Secretary Hajj, Moussa, Nakba Planets, Head of Hajj and Umrah Dr. Saleh bin Bantan accompanied the delegation. Hajj to Hajj for 2020 The Pakistani delegation made several demands for better facilities. Pir Noor-ul-Haq Qadri said that the demand for the inclusion of other cities in the Road to Mecca project, additional facilities for poetry, and the increase in domestic quota. Saudi Minister Hajj said that there is little scope for money in Mani, but the request for an increase in Hajj quota will be discussed with various authorities. Saudi Interior Ministry will meet to discuss complaints in Mani, Mazdalifa, Arafat for expansion of Road to Mecca project. Saudi Minister said that ten members comprising Pakistan and Saudi members have been appointed. The membership committee will issue orders on the occasion to resolve the problems. The Pakistani delegation will visit the Saudi offices of various services on Thursday and agreements will be finalized, he said.

How much does the world’s youngest billionaire girl spend on her security?