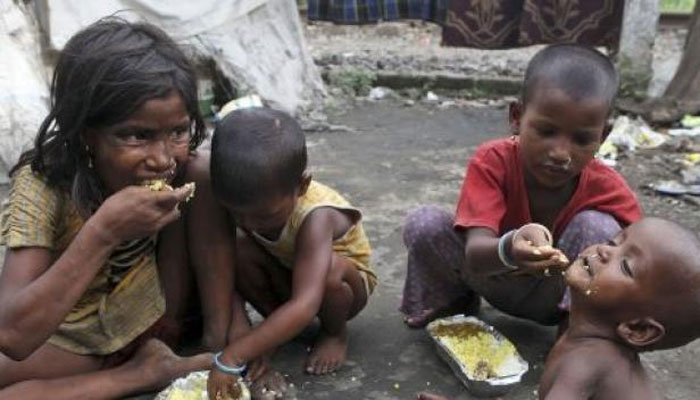 Global Hunger Index report India ranked lowest in South Asia | Improving India’s list of hungry countries, improving Pakistan’s situation. In the global ranking of hungry countries around the world, Pakistan came in at number 94 in 117 countries, while neighboring India reached 102 after declining. According to the Global Hunger Index 2019, GHI hunger and malnutrition estimates include Belarus, Ukraine, Turkey, Cuba, and Kuwait. The scores are. Less than 5 remained. In this regard, Bloomberg Quant reported that India has been ranked lower in rankings than last year. The report, published in partnership with the Irish Aid Agency Concern World Wide and Germany’s Welt Hunger Help, reports that the level of hunger in India is serious. In 2000, India was ranked 83rd in 113 countries.
However, it is now ranked 102 out of 117 countries and its GHI score is even lower, if you look at the same score it has dropped from 38.9 in 2005 to 32 in 2010 and now It’s 2019. I’m at 30.3. In terms of Pakistan’s GHI, it was 38.3 in 2000, down from 37.0 in 2005 to 35.9 in 2010 and 28.5 in 2019. The Hunger Index’s global score is at 4 indicators. Inadequate diet child. Children’s Awareness: Children under the age of 5 suffer from it, which causes them to lose weight due to height and may reflect severe nutrition.

Can you tell what is missing in this photo