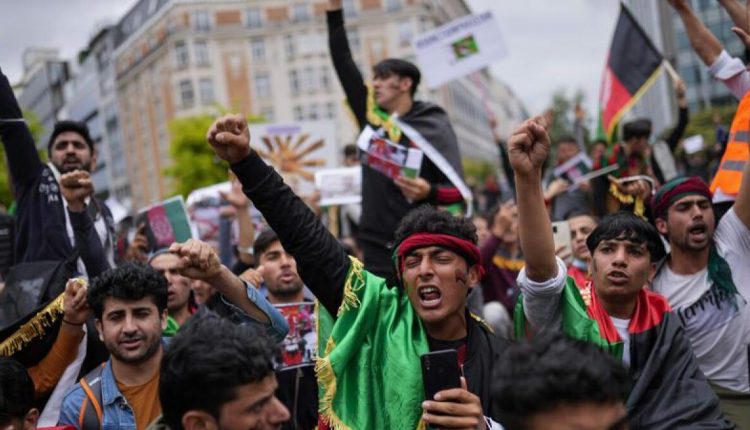 With increasing concern, the European Commission has been closely following developments in Afghanistan. Today, I expressed my concern about the dire and challenging situation in Afghanistan with the EU Ministers for Interior and offered my opinion on moving forward.

Everyone will be able to recall the events that took place in Afghanistan over the past few days. All countries involved in the war in Afghanistan are now obligated to evacuate Europeans and their Afghan colleagues.

EU member states should have a more welcoming policy for Afghans fleeing or who have already fled to their homeland. Everyone will be able to recall the events that took place in Afghanistan over the past few days. All countries involved in the war in Afghanistan are now obligated to evacuate Europeans and their Afghan colleagues.

EU member states should have a more welcoming policy for Afghans fleeing or who have already fled to their homeland.

It is also necessary to reexamine the rule of “third safe country.” This principle is also applied to Turkey, and thousands of Afghans remain on the Greek islands. Their asylum applications are never even being considered.

Volunteers from across the European Union who have been active on Lesvos this summer can also testify to the despair of their situation.

We appeal to Greece and other European countries to review this policy, given the current dire circumstances.

Increased migratory pressure is likely to result from the instability in Afghanistan. We have therefore prepared for all possible scenarios. By the new Pact on Migration and Asylum, we held an urgent Blueprint Network meeting yesterday, where we discussed possible developments and our preparedness with EU agencies and the Member States. Blueprint Network will meet regularly to discuss this topic to keep track of products and take necessary preparatory steps.

We shouldn’t wait for people to arrive at the EU’s external borders. This is not the solution. We must stop people traveling to the European Union via unsafe, uncontrolled, and irregular routes operated by smugglers.

We cannot, however, abandon Afghans in immediate danger. Journalists, NGO staff, and human rights advocates in Afghanistan are the most vulnerable, especially women.

If the Afghan crisis is not addressed, 2021 will be the most deadly year for Afghan civilians for over a decade. In the first half, civil casualties and deaths reached new records.

Children and women are becoming more victims of violence, accounting for around half of all civilian casualties. For six years, Afghanistan has been the most dangerous place for children.

What can be done?

The world’s leaders must take action. International pressure is needed urgently to protect civilians and allow aid workers to reach all those in need.

There are more than four million Afghans who have been forced from their homes by drought or conflict. Some 550,000 people have been displaced by conflict or drought this year.

Many people fled Kabul to seek safety and now live in makeshift camps around the capital. These are only a few of the 18.4 million Afghans in urgent need of humanitarian assistance in a country that has seen four decades of violence and civil war.