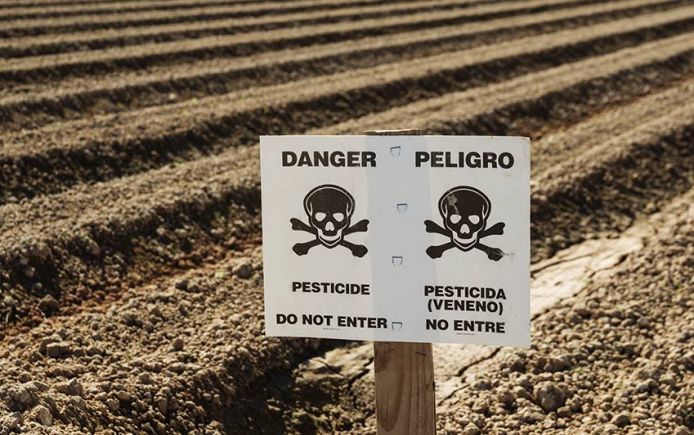 Europe banned dangerous pesticides for humans |This pesticide poison is dangerous to human health, the European Food Safety Agency. According to news agency AFP reports received from the European Union’s headquarters in Brussels on Friday, December 6, the European Commission was informed that this highly controversial and pesticidal chemical used in the agricultural sector is expected in 2020 will be banned. The decision was approved by 28 member states of the union in a unanimous vote today. Prior to this decision, the European Commission, as the administrative arm of the union, had advised the Member States of the block to refuse to allow the use of this chemical.

The European Commission’s proposal led experts on the Food Safety Agency EFSA to conclude that agricultural chemicals are a ‘human health hazard. The name of this chemical is chlorpyrifos and so far, members of the 28 member states of the union have already banned agricultural products made from the substance. This poison is used as a chemical agent in the manufacture of many pesticides. European citizens refusing to use poisonous agricultural drugs. Agricultural chemical products containing chlorpyrifos were banned in the US state of California in August this year. In addition, the manufacture of home-grown pesticides manufactured using the same chemical has been banned in the United States since 2001.
Prior to the approval of the marketing of any chemicals in EU member states, a committee of experts must be approved, which includes representatives from all Member States and European Commission officials. Then the member states can decide on their own whether they want to allow the use of such products or chemicals. Industrial producers who manufacture ‘chlorpyrifos’ products so far, will be given a three-month period by the European Union to eliminate the available reserves of such products.

Turkey prepares a new shipment of arms for Libya