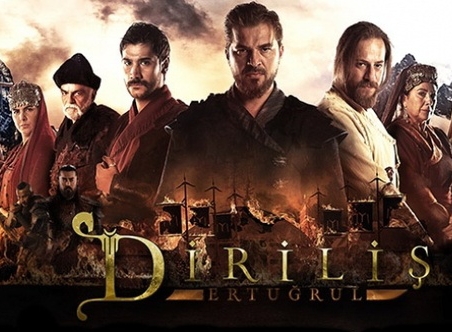 The Drama Serial “Dirilis Artoghrol” story dates back to the time of the Ottoman Empire and revolves around Ghazi Muslim soldiers. The play shows how the 13th-century Turkish soldier Artur Gharlazi fought bravely against the Mongols and the Crusaders.

The drama became one of Turkey’s most popular plays due to its story and production. While the play has raised the flags of popularity in Turkey, it is also becoming increasingly popular in occupied Kashmir. According to international media, a large number of people are watching the drama despite the curfew and Internet shutdown in Kashmir for four months.

Kashmiri drama serial “Artaghrul” is shared on USB drive together. The play was downloaded by a person before the internet was shut down, while people from outside the valley are seen taking it. People are sharing on USB because local cable operators are banned from displaying content in Pakistan, Turkey, and Iran.

It should be noted that “Dirilis Artoghrol” is also the favorite drama of Pakistani Prime Minister Imran Khan and he has directed it to be aired on PTV. Remember that a Mexican couple who converted to Islam after watching Turkish Drama ”Dirilis Artoghrol”

Samsung Galaxy introduced A51 and Galaxy A71