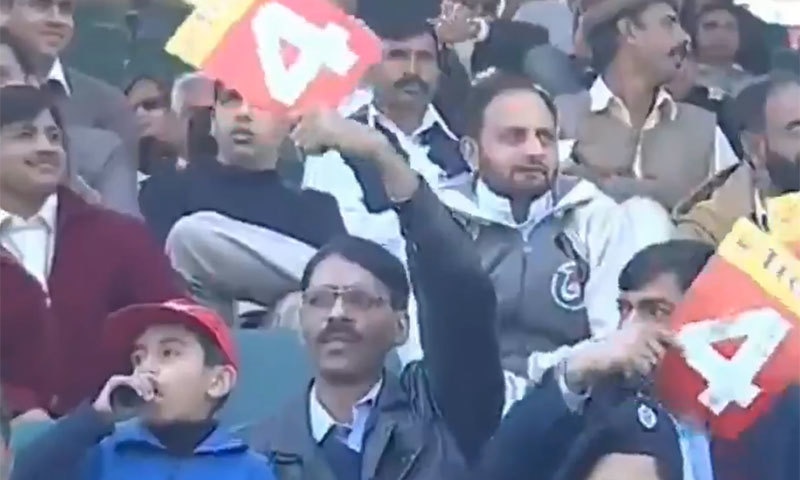 DGISPR confirmed the photo|The last DGISPR has confirmed the image circulating on social media these days. On social networking site Twitter, a user shared a very old video and photo of 2005, in which user Aim asked the DGISPR whether the person in the photo was you. This photo was of a one-day match between Pakistan and England in Rawalpindi in 2005, in which DGISPR Maj. Gen. Asif Ghafoor is carrying a banner of the spectator boundary. What used to happen, then, was a line of questions and confirmation messages from Asif Ghafoor on social media. Among the messages and tweets was a user named Zaim Ihsan, in response to the message DGISPR wrote that “they are not themselves in the picture, they are themselves. On this occasion, Asif Ghafoor also thanked Zaime for saying that your eyes are very sharp. This is Rawalpindi Cricket Stadium and this photo is from 2005 when I was Major.

Bridal Fashion Show continues in the flicker of stars