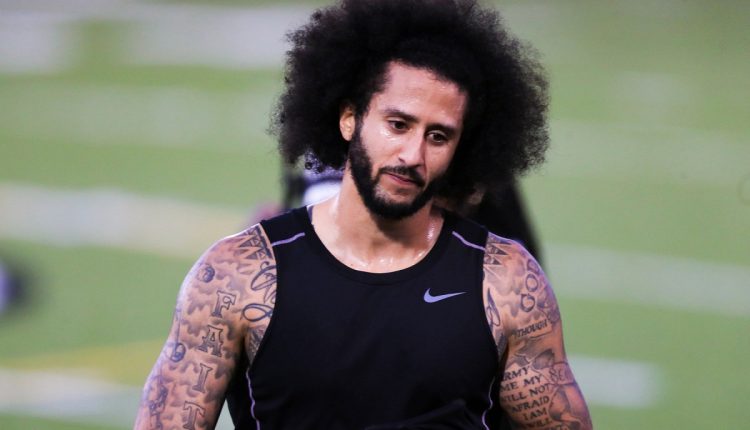 He was born and raised in Fond du Lac, Wisconsin before the family was located in Turlock, California when he was four. He attended John H. Pitman High School for his education. In addition to being selected for All-State honors in his senior year in each of the three sports he participated in (football, basketball, and baseball), Kaepernick had a 4.0 GPA. 2006 saw his high school graduation.

Colin Kaepernick had little to no interest from Football Bowl Subdivision (FBS) programs around the nation, having an incredible record on the field. He was 6′ 5″ tall and only weighed 170 pounds in his senior year, which was one of the causes. Even Nevada, the only school to give him a football scholarship, was hesitant because they feared Kaepernick might eventually switch to baseball. Finally, Kaepernick accepted Nevada’s offer, are signed in February 2006. He was listed as one of the draftable prospects in the class of 2006 on the website of Major League Baseball.

The Chicago Cubs selected him as a college junior in the 43rd round of the 2009 Major League Baseball Draft. Still, he opted to stay in Nevada and continue playing football.

On June 4, 2014, he penned a six-year, $126 million extension to his contract with the 49ers. He was benched in favor of backup Blaine Gabbert in 2015 as the team finished the regular season with eight wins and eight losses and failed to advance to the playoffs. He had a left shoulder injury sometime in November. He had to miss the remainder of the season to recover from surgery.

He played in 12 games in 2016, recording 16 passing touchdowns and four interceptions. On August 26, 2016, Colin Kaepernick was seen on camera sitting during the US national anthem at the 49er’s third preseason game. The understated and discreet gesture attracted widespread attention.

Several of his teammates, NFL coworkers, and sportsmen from other sports joined him in the protest. In a 2016 fan survey, he was named the NFL player who NFL fans disliked the most. Additionally, he disclosed to the media that he had received death threats. He became a free agent in early 2017 after choosing to break his contract with the San Francisco 49ers.

Kaepernick visited a Baptist church during his undergraduate years, was confirmed as a Lutheran, and had Methodist baptism. “I think God guides me through every day, helps me take the correct steps, and has enabled me to get to where I am,” Kaepernick said when asked about his faith.

Kaepernick has numerous tattoos that discuss his religion. A scroll with the Bible passage Psalm 18:39 printed on it may be seen on his right arm.

Nessa Diab, an MTV host and DJ for “Hot 97,” has been Colin Kaepernick’s girlfriend since July 2015. At a charity event in February 2016, Diab, who is of Egyptian heritage, was seen in a photo with Kaepernick. This was an initial formal public outing as a couple. They welcomed a child in August 2022.

Colin in Black & White, a six-episode limited series about Kaepernick’s adolescence, will make its Netflix debut on October 29, 2021. Kaepernick and Ava DuVernay collaborated on the creation of the series.