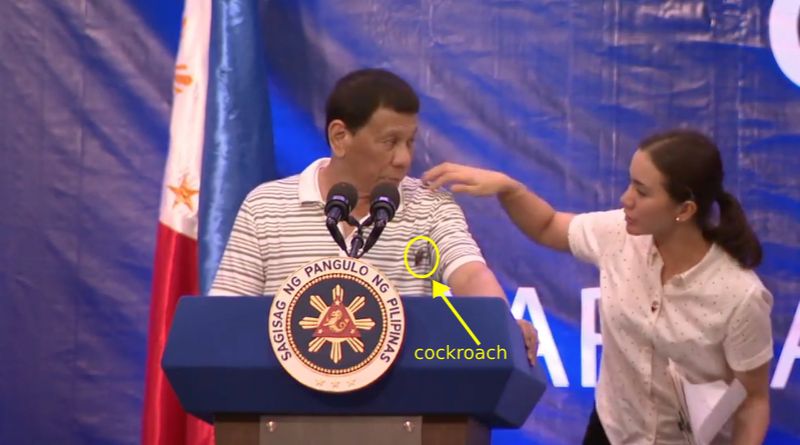 President Duterte said it in a hilarious way. Commenting that Lal Baig appears to be a representative of the Opposition Liberal Party and has been sent by him. All the participants in the rally also laughed. In the video footage, Lal Baig was first seen on the left shoulder of President Duterte. He then walked to his chest and then to the bottom of the shirt where one of his assistants dropped him.