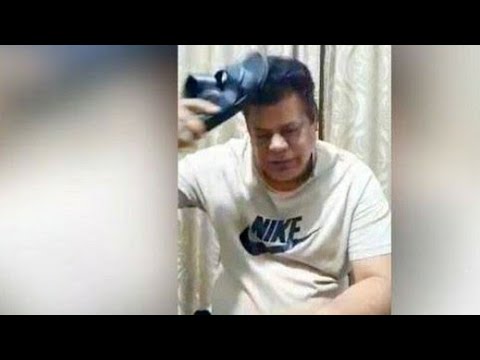 Chef Gulzar first congratulated Mian on the video that he was allowed to go to London for treatment. At the same time, he congratulated the courts for providing justice so quickly. Chef Gulzar said: “I am delighted to provide such speedy justice to the courts, and the manner in which I am pleased is very unique.

Chef Gulzar said sarcastically, “When I rejoice, I shoe on my head.” “Now I hope that the poor people in prisons will get justice soon,” he said. People who are currently suffering from inflation, committing suicide, selling their children to make a living, will probably get relief now.

Chef Gulzar said very sadly that the police system we have here and the injustice done to the people, the people who have the money are bribed and those who cannot pay the money are persecuted. Suffer and eventually die, so perhaps such people will also get relief.

Finally, Chef Gulzar said he still has a lot to say but he will end his talk with the song “I am happy not to go to my tears, I am a crazy madman.” It should be noted that earlier cricketer Mohammad Hafeez also raised questions about institutions on Nawaz Sharif’s departure. He criticized Twitter saying that Nawaz Sharif’s departure means that we are in danger of the lives of 200 million Pakistanis.