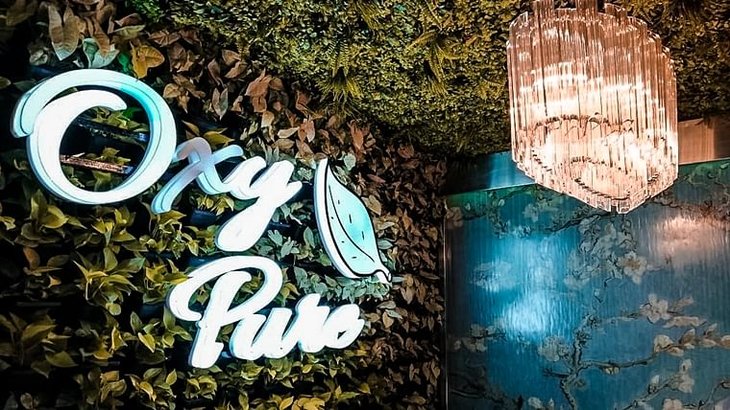 Buy fresh oxygen for Rs 300? |New Delhi, the world’s most polluted city, has found it difficult to breathe, but now a solution has been found.
Indian newspaper reports that in addition to government measures to combat air pollution, another option has been introduced to the people in New Delhi, where they will be provided with 80 to 90 percent pure oxygen for 15 minutes. The bar was opened in the month of May, where consumers are being provided with a variety of fragrances ranging from perfume to pure oxygen. These fragrances include lemon leaves, lavender, cherry, eucalyptus, and others. Consumers are given a tube used to breathe oxygen, which they hold near the nose and breathe through it.
The perfume you choose is claimed to improve your breathing problems, sleep problems, and digestive problems, headaches, etc. It is also said to be useful for your depression. Will prove. One user in Oxcover said, As I was passing here, I saw that they were offering pure oxygen, I thought I’d try it and I chose the aroma of the lemon leaf, I’m feeling refreshed “Senior salesmen there said they were getting positive customer feedback.
He said that ‘those who try it for the first time feel very refreshed, but those who use it daily will reap its benefits’. We advise consumers not to take more than 10 to 15 minutes a day just once a day, he said. This kind of session has no side effect, but it has no long-term benefits, said Dr. Rajesh Chawla of Delhi’s Apollo Hospital. If you take fresh oxygen for 2 hours a day, you take the remaining 22 hours of polluted air, which is part of the capitalist system, he said.