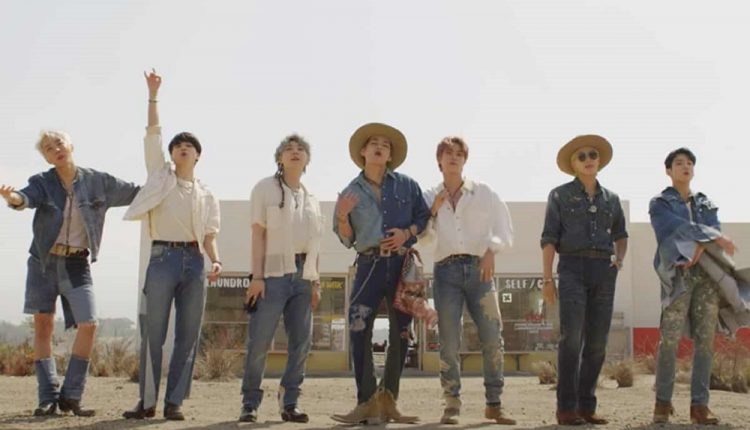 BTS’s “Permission to Dance” MV has more than 300 million views on YouTube. This is their 18th MV.

BTS’s “Permission To Dance” music video had over 300 million views on September 10, 12:59 p.m. KST. BTS now has 18 music videos that have been viewed more than 300 million times on YouTube. Permission to Dance is a dance-pop genre that encourages listeners and fans to have fun, regardless of their age. BTS members dance and show off their energy to one another in the music video. BTS launched the ‘Permission To Dance Challenge’ to encourage their fans to participate in their international sign language choreography. They express the words “joyful,” “dance,” and “peace” while being inclusive of everyone.

In addition, “Permission to Dance” quickly rose to the top of U.S. charts. Billboard’s “Hot 100” chart was soon followed by its release. It also reached 100 million cumulative plays, based on the weekly streamings chart from Japan’s Oricon.

BTS released the original music video for “Permission To Dance” on July 9 at 1 p.m. (KST). This means that the song took just under two months to reach this milestone.

BTS, also known as the Bangtan Boyz, is a South Korean boy band with seven members. It was founded in 2010 and launched under Big Hit Entertainment in 2013. The septet, which includes Jin, Suga, J-Hope, and RM, Jimin, and Jimin, co-writes and produces much of their own material. Their musical style evolved from a hip-hop group to encompass a variety of music genres. The lyrics often touch on mental health, problems of school-age youth, coming of age, loss, and the journey to love oneself. They often use literature and psychological concepts in their work and include a storyline from another universe.

BTS has sold more than 20 million albums on the Gaon Music Chart and is the most-sold South Korean artist with Map of the Soul: 7. They were the first Asian-language and non-English speaking group to be named IFPI global recording artist of the year (2020), to chart on Billboard’s Top Touring Artists charts (placed at number 45), and to headline and sellout Wembley Stadium (Love Yourself World Tour 2019). They were featured on Time’s international cover as the “Next Generation Leaders” and “Princes of Pop.”

BTS stands for Bangtan Sonyeondan, which literally means “Bulletproof Boy Scouts.” J-Hope says the group’s name symbolizes their desire to “block out stereotypes and criticisms that target adolescents like bullets” They are also known in Japan as Bodan Shonendan (Fang Dan Shao Nian Tian ), which roughly translates to the same. BTS revealed in July 2017 that their brand name would now include “Beyond the Scene” as part of their new identity. Their name was extended to signify “growing youth BTS who are going beyond the realities they face, and moving forward.”