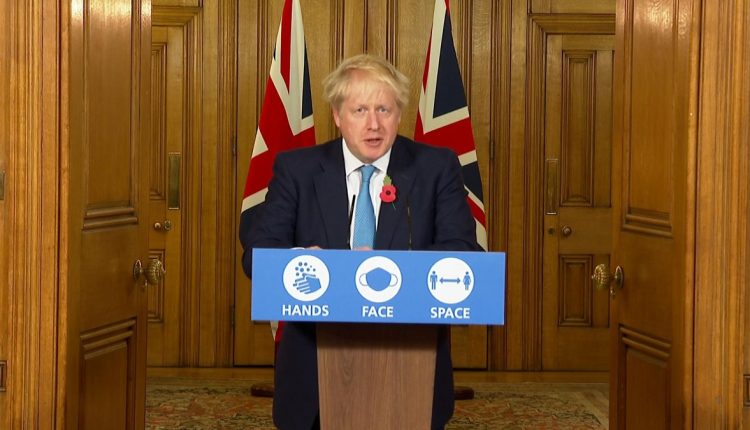 BORIS Johnson will host a major press conference next Wednesday to announce his Covid winter plan.
As we get ready to fight coronavirus in the following months, the Prime Minister will likely tell the public about the launch of the booster jab program.

Boris will likely say that vaccines will remain the first-line defense over the autumn/winter – which is a high-risk period for Covid because of other respiratory illnesses.

A Joint Committee on Vaccinations and Immunisation, an independent body, is poised to recommend details for a jab booster program next week to ensure that Brits are protected over the coming months.

People who are at the most significant risk may be able to receive boosters as soon as this month.

Many other countries, including the USA, Israel, Hungary, and Germany, have started or announced third-dosage programs for their citizens.

A significant change is also in the works. The powers used to close down large swathes of the economy and limit gatherings and events will be revoked.

The PM has a master plan to roll back the red tape to avoid other lockdowns.

Temporary closing of schools or restricting access to schools, and the power to detain infected people under the Coronavirus Act, which some Tory MPs call draconian, are no longer considered necessary.

As we approach autumn and look towards winter, Downing Street sees vaccines as our “first-line defense.”

Whitehall is still concerned about Covid, which circulates alongside the flu. Ministers are also worried about the possibility of a new strain.

Officials are considering what measures might be necessary if the cases rise steeply.

Sources within the Government have stated that other lockdowns are not being contemplated.

The Joint Committee on Vaccinations and Immunisations (JCVI) announcement regarding who should get booster jabs is expected to be followed by Mr. Johnson’s Covid Plan.

Last week, the JCVI stated that the third dose of vaccine should be given to those over 12 years old with a severely weakened immune system – this accounts for half a million people in Britain.

Johnson stated that “Thanks to all the efforts of the NHS, the public and our incredible vaccination program, we have reached Step 4 on our road map, and life feels normal again.”

“These extraordinary times demanded intrusive but necessary measures. However, I am determined to eliminate any powers we don’t need due to our vaccine defenses.

“I will shortly outline the next phase of our Covid response.”

Johnson will announce on Tuesday his plans to avoid a complete lockdown. This includes the introduction of Covid boosters as well as the largest ever flu jab campaign.

Sources within the Government stated that boosters would only be recommended for the elderly and vulnerable in the first stage but stressed that the NHS would be available if advisers suggested a more comprehensive introduction for other age groups.

According to The Times, mandatory face coverings will be returned if there is an increase in winter-related infections.

According to the paper, ministers are becoming more concerned that the NHS could be put under pressure if Covid cases increase alongside the flu season.

According to sources, the Times has been informed by the scientists of the Scientific Advisory Group for Emergencies of the Government (SAGE) that they have devised several options to stop the spread of Covid-19.

89% of people over 16 years old have received the first dose of the coronavirus vaccine. Nearly 81% have had both.

The Coronavirus Act, an emergency legislation introduced to give the Government more power to combat coronavirus, is also up for its six-month review.

Johnson will repeal any regulations that are not necessary for England, including those that have the power to shut down businesses or restrict events and gatherings.

Regulations that allow the temporary closing or limiting access to schools, colleges, and childcare facilities; those that extend time limits to urgent warrants; and the power to detain infected persons are also set to be repealed.

This decision was made following a review of the chief medical officers (CMOS) from all four UK countries led by Chris Whitty.

The Joint Committee on Vaccination and Immunisation said last week that children would only receive marginal health benefits. However, it did take into account the benefits of keeping them in school.

The UK’s chief medical officials have responded by preparing advice for the Government regarding whether vaccines should be given to children between 12 and 15.

The Observer has learned that the Covid jabs program for children will continue as planned and start on 22 September.