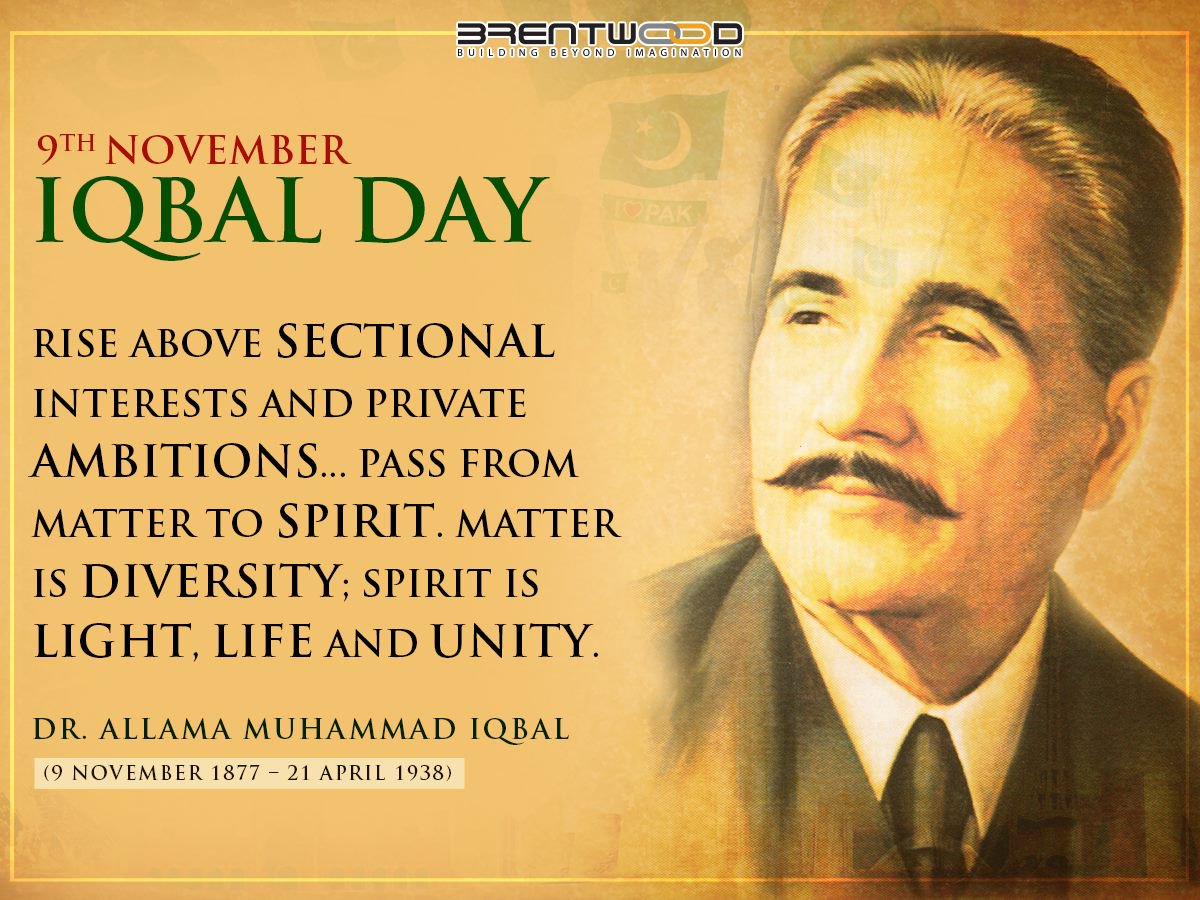 Birthday of Poet East| Birthday of Poet East Iqbal message has to be made public to get the country out of trouble. President Arif Alawi said in his message on the 142nd birth anniversary of poet Allama Muhammad Iqbal that the message of Hakim-ul-Amat should be made public to overcome the problems facing the country. According to a report published in Radio Pakistan, he said that the nation should follow and follow Allama Iqbal’s awareness and messaging. Arif Alawi said Allama Iqbal provided a strong intellectual foundation for Muslims in the subcontinent. Also, Prime Minister Imran Khan said in his message on Iqbal Day that Allama Iqbal provided extraordinary and unforgettable services for the Muslims of the subcontinent. He said that Dr. Allama Muhammad Iqbal saw the country’s reaction to the Muslims of the subcontinent and provided valuable services to explain the true message of Islam. Chief Minister Punjab Usman Bazdar also shared the video of Dr. Allama Muhammad Iqbal house Javed Manzil in Lahore. In his tweet, he said that the archaeological department of Punjab had completed the renovation of the historic building Javed floor. Also, the Registered Navy Guard assumed the duties of the Guard. Allama Iqbal was born on 9 November 1877 in Sialkot, the home of Sheikh Noor Muhammad. Dr. Allama Iqbal spent 3 years in Javed Manzil. After which Allama Iqbal went to England for higher education and obtained a law degree in 1905, from here he went to Germany where he received his Ph.D. in Philosophy from Munich University.

Initially, after doing his MA, he took up teaching duties at Oriental College Lahore but also took a permanent barrister.
Along with advocacy, he continued poetry and participated in political movements, while the government addressed the headline in 1922.
He was a freedom fighter and regularly participated in political movements and was elected president of the All India Muslim League. Your famous presidential address in Allahabad is historical in 1930, in this sermon you presented the idea of Pakistan. You too were born here, and your first teacher, Molvi Mir Hassan, was involved in promoting that passion. After doing FA, you moved to Lahore for higher education and passed BA and MA exams from Government College Lahore. Many of his books have been translated into English, German, French, Chinese, Japanese and other languages, highlighting Iqbal’s revolutionary spirit and Islamic greatness in the new generation.