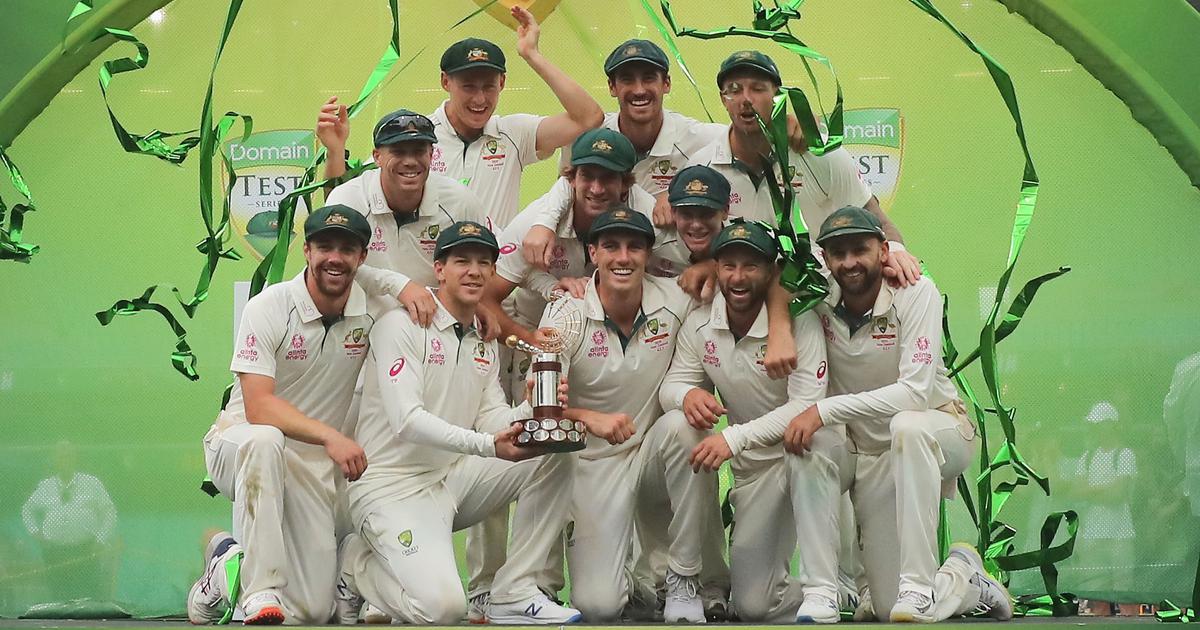 Australia whitewash against New Zealand |Nathan Lyon take 10 wickets in Sydney Test, Australia whitewash New Zealand. Sydney Australia completed a white wash in a three-match series, beating New Zealand by 279 runs in the third and final Test match of the series, thanks to a brilliant 10-wicket win over Nathan Lyon.
On the fourth day of the test at the Sydney Cricket Ground on Monday, the Australian team began their second half-inning 40 with no loss, while David Warner was 23 and Joe Burns was unbeaten on 40. Joe Burns became LBW on Todd Estall’s ball without adding to his previous score but David Warner was dismissed from the other end. Warner continued his excellent batting line-up from the other end and consolidated his team position with a partnership of 110 runs for the second wicket with Marnus Laboshin. In the meantime, David Warner scored 24th in his career, while in the first innings, double-maker Maurice Laboshin completed his half-century. When Leboshian was out for 59, Australian skipper Tim Pan declared the innings on 217 for 2, and gave the Kiwis a 416-run target for the match, while David Warner scored an unbeaten 111. Henry and Estelle took one wicket each from New Zealand.
The Cavs’ innings started in disappointing pursuit of a 416-run target, and the Australian bowlers showed excellent bowling, scoring half the Kiwi team on a 38-run total. Tom Blendle 2, captain Tom Latham 1, Jait Rawal 12, Glenn Phillips returned to the pavilion at zero, while Russ Taylor scored 22 runs.
On this occasion, Colin D. Grand Home resisted for some time and played a 52-run stand, with BJ Watling establishing a 69-run partnership, but his effort could have prevented Australia’s victory for just one session. After that, none of the players were able to stay on the wicket and Todd Eastell 17, William Somerville 7 and Neil Wagner returned to the pavilion with no runs, while Matt Henry did not come to bat. Chasing a target of 416 runs, the guest team collapsed to 136 runs and Australia won the match by 279 runs. Australia’s Nathan Line managed to take 5 wickets in the match by getting 5 while Mitchell Starc struck out three. Marnus Laboshin was named the best player of the match and series.