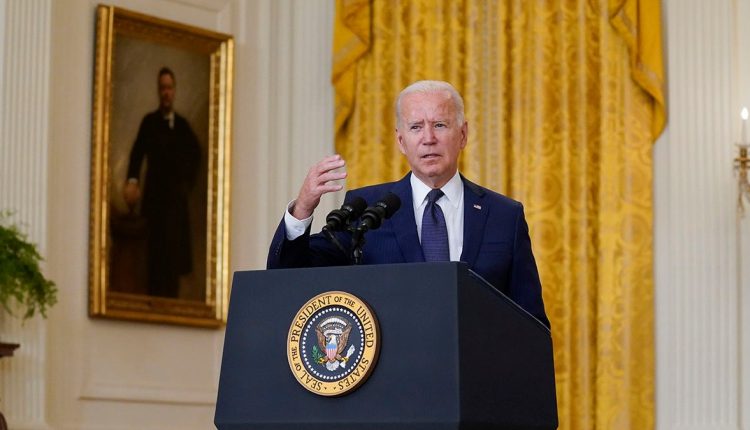 Hours after warnings from Western officials about a major attack, the bombings occurred. Officials urged people to evacuate the airport. Afghans desperately trying to flee the country ignored that warning.

Kabul: On Thursday, thousands of Afghans looking for a better future gathered at Kabul’s airport to wait for the US Marine Corps at Abbey Gate to frisk them. Five days remained before the Americans left, and five days to flee a country suddenly under Taliban control.

Two suicide bombers attacked Afghans who were rushing to Kabul’s Airport on Thursday. This turned a scene of despair into one of terror in the final days of airlift for fleeing Taliban forces. According to Afghan and US officials, the attacks resulted in the deaths of at least 70 Afghans and 13 US troops.

Hours after warnings from Western officials about a major attack, the bombings occurred, and people were urged to evacuate the airport. Afghans, desperately trying to flee their country during the American-led evacuation, which took place just a few days before the US officially ceases its 20-year-old presence on 31 August, did not heed that warning.

Initial reports by the US stated that 11 Marines and a Navy medic died. A second service member was killed hours later. Officials warned that the number of wounded service personnel could rise. An Afghan official stated that more than 140 Afghans were injured.

Officials from the Taliban and health officials said that 72 Afghans had been killed, including 28 Taliban members. The US military claimed that 13 of its service personnel were killed.

ISIS-Khorasan claimed responsibility as an Islamic State affiliate. ISIS is an enemy of both the Taliban and the West. One of its suicide bombers was targeted at “translators, collaborators with the American army.”

Biden Promises To  Avenge US Casualties

The US government also blamed the group and promised retribution.

“We will not forgive those who committed this act of violence or anyone else who would wish America harm. We won’t forget. Biden addressed his nation from the White House shortly after the attack, saying that he would hunt down and make him pay.

The US vows revenge on deaths but won’t stop the evacuation.

According to the US General in Charge of Evacuation, the attacks wouldn’t stop America from evacuating Americans and other people. General Frank McKenzie of the US Central Command stated that there was ample security at the airport and alternate routes were being used for evacuees. McKenzie noted that approximately 5,000 people were waiting for flights at the airport.

The White House delivered an emotional speech in which Joe Biden, the US President, stated that the US would not be forced out of Afghanistan sooner than planned and that he had directed the military to create plans to strike IS.

“We won’t forgive. We won’t forget. Biden stated that we will hunt you down and make you pay.”

Thursday also saw Defence Secretary Lloyd Travis suggest that the evacuation continue and express his deepest condolences for the loved ones of all those killed or wounded in Kabul today.

He said that terrorists killed our troops while they tried to save others’ lives. We are deeply sorry for their loss. We will tend to their wounds. We will also support their families through what will be a devastating time of grief. We will not let this stop us from completing the task at hand.

He said, “We will respond forcefully and precisely, at our own time, at any place and at any moment,”

“I will defend our rights and our people with all the measures at my command.”

Biden indicated that he would send additional military support to Afghanistan if necessary. “I have given the order to the military to act with any force they require. He said that if they need additional force, he will grant it.

He stated that the attacks had only increased the resolve of the US military to continue its mission.

Biden stated that the Kabul servicemen who died on Thursday were “heroes” and “the best this country has to offer.”

He said, “The lives that we lost today were those given in service to liberty, security, and the service for America.”