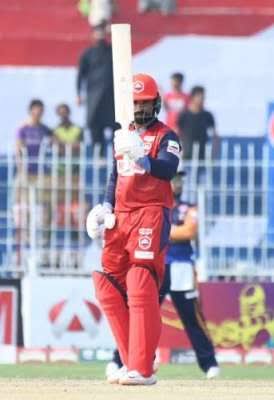 Asif Ali took the honor which is not even Shahid Afridi|Asif Ali earns the honor of not even Shahid Afridi becoming a third Pakistani batsman with 10 sixes in his innings Offensive batsman Asif Ali has become the third Pakistani batsman to score a six in 10 sixes. Asif Ali made just 93 off just 35 balls against Central Punjab in the national T20 tournament at Khabal Stadium, Faisalabad. The team, which consisted of 10 sixes and 4 fours, set up a 222-run stand against Central Punjab in the loss of six wickets, but thanks to Ahmed Shahzad’s brilliant century, Central Punjab completed the target one ball earlier.
Earlier, Kamran Akmal hit 12 sixes in an innings in 2017, all-rounder Bilal Asif sent 10 balls out of bounds on the air route in 2015. , Asif Ali was being called a strong candidate to fill the gap but due to repeated changes in the batting order, performance has remained inconsistent and he has been out on the team.