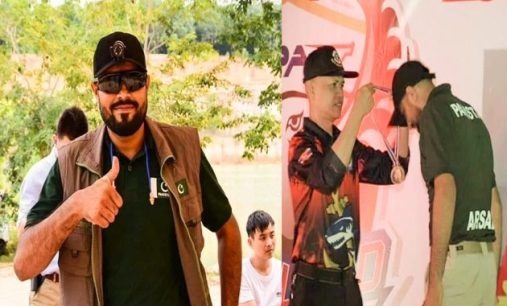 Arsalan Anwar, a young man of Sindh police, went to the fastest police shooter in the world.

Arsalan, who defeated police shooters from more than 30 countries, hit 118 targets in 6 minutes 16 seconds in the final round of shooting, while Arsalan also won bronze medal in the open category competition between more than 300 shooters from 42 countries.

The quantity of dengue patients in Pakistan arrived at 44 thousand