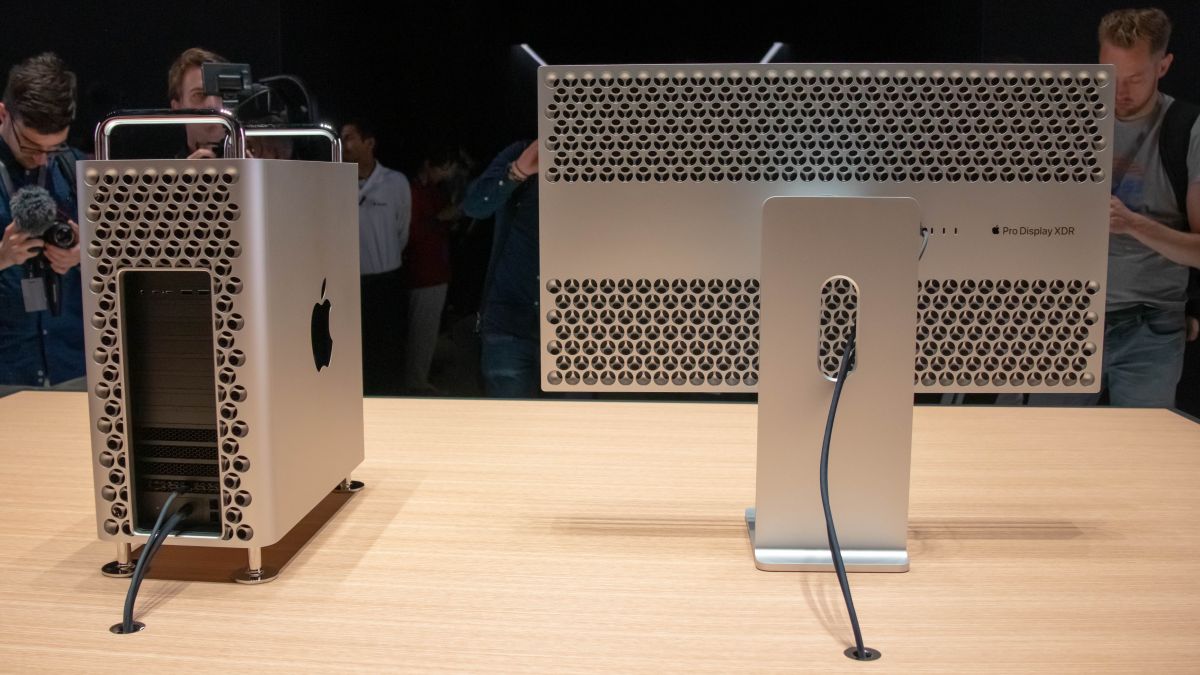 Apple Mac Pro special about a $65,000 computer |Apple’s new Mac Pro computer can certainly be used to send emails or watch videos on YouTube, but for those purposes, it is something like buying a bargain on a Formula One racing car. The reason is that Apple, which introduced its most powerful computer for sale this week, could cost up to $ 65,000. The company has made it clear that this computer is not intended for the average user, but is aimed at professional users in the areas of graphic design, video editing or software engineering. Apple’s Chief of Design, John Ivy, introduced the computer and said, It is designed for a wide variety of users and has unmatched features to suit your needs. The computer is offered in an 18kg tower casing and has the facility of installing wheels on stainless steel structures.

You just have to pay $ 400 for it. The cheapest version of this new Mac Pro is $ 5999. At this price you get 8 core Xeon processor, 32 Gigabyte RAM, 8 GB graphic card, 256 Gigabyte solid-state memory, frame, keyboard, and mouse. Be aware that the price is less than $ 6,000 a mere processor and the pro display XDR screen used with it will have to be purchased separately. Dan Riccio, senior vice president of hardware engineering, points out that the new Mac Pro’s best processor is the 28-core Xeon, which requires you to add $ 7,000 more to the base price. Whereas a typical laptop nowadays has four to eight gigabytes of RAM the fast-loading component of programs, is two hundred times bigger than Apple’s computer and offers RAM of 1 to 5 terabytes for $ 25,000. Can be achieved by doing this. Considering the growing demand for graphics, this computer can have two Radon Pro Vega-to-accelerator cards, but you have to pay $ 10800 more. According to Dan Riccio, it is the most powerful graphics card in the world.

By now, if you were to add all these things, your bill would have reached close to $ 49,000. But that doesn’t end there. If 256 gigabytes of SSD is not enough, you can get four terabytes of SSD card for a further $ 1,400. Recio points out that Apple has created an accelerator card called Afterburner for this computer that can be programmed to improve video performance, but it costs you a couple of thousand dollars more.

In addition to the $ 149 mousepad, $ 300 video editing software Final Cut Pro Tan, and $ 200 Music Logic ProX. There are two versions of this monitor, one of which is ordinary glasses and the other is non-textured glasses priced at $ 5999. The monitor can also be taken with a pro stand that makes it easy to use the monitor with the magnet installed, but it costs $ 999. You can also install this monitor on the wall, but for this stand, you have to pay $ 199.