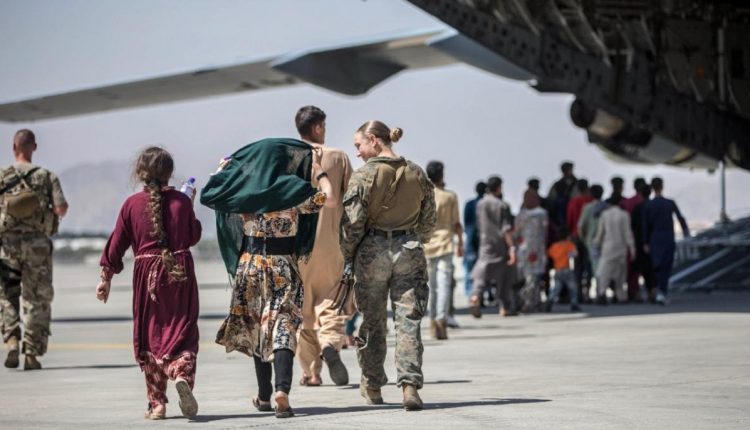 The U.S. troops have left Afghanistan

According to the Biden administration, the Taliban will allow safe passage for Americans to leave Afghanistan once the U.S. military withdrawal is complete.

After the United States evacuated most Afghans and thousands of other at-risk Afghans, no American troops remain in Afghanistan for the first time since 2001.

Pentagon declares that the last U.S. troops are out of Afghanistan.

More than 114,000 people were airlifted from Kabul Airport in the last two weeks as part of the U.S. effort.

Biden and his administration have new questions after the U.S. withdrawal from Afghanistan.

What happens to Americans and Afghans at-risk?

Since August 14, when the first evacuation flights began, more than 5,500 Americans have been evacuated. A few American citizens chose to remain in Afghanistan for their families, while others decided to leave.

To celebrate victory over the U.S., Taliban leaders march across runways of airports.

In a symbolic gesture to celebrate victory, Taliban officials crossed Kabul’s sole runway. This was just hours after the last U.S. aircraft left. It marked the end of America’s longest war. According to the Associated Press, Zabihullah Mujahid, a Taliban spokesman, said that the world had learned its lesson and that this was the moment of victory.

However, there are questions about the ability of these citizens to travel if there isn’t an airport. Tens of thousands of Afghans at risk, including interpreters who worked alongside the U.S. military, journalists, and women’s rights advocates, were also left behind.

Officials are worried that the Taliban might retaliate against them, but it is not clear what their fates will be.

According to the United States, Britain, and other countries, the Taliban has promised to allow Afghan citizens and foreign nationals with travel authorization from another country to leave Afghanistan.

Monday’s announcement by the Pentagon that all U.S. troops have left Afghanistan marked the end of America’s most prolonged conflict. General Kenneth F. McKenzie of the U.S. Central Command stated that every U.S. serviceman is out of Afghanistan.

At 3:29 p.m., the last U.S. plane left Afghanistan. ET, McKenzie said. The Heads of the State Department and Defense Department Teams were among those who left the building: Major General Chris Donahue and Charge d’ Affaires Ross Wilson.

The 18th Airborne Corps posted the photo of the last soldier who left Afghanistan. The Defense Department’s media arm DVDs identified him as Major General Chris Donahue. He is the commander of the U.S. Army 82nd Airborne Division, XVIII Airborne Corps.

Biden stated that he would speak to Americans Tuesday to discuss the decision to not extend the U.S. Mission beyond the deadline, even though some Americans were unable and at-risk Afghans could not evacuate.

After the Taliban took control of Kabul on August 15, the Biden administration spent weeks evacuating Americans and Afghan translators.

This withdrawal comes after an ISIS-K suicide attack that claimed the lives of dozens of people, including 13 U.S. military personnel on August 26. On Friday and Sunday, the U.S. responded with airstrikes against Islamic extremists.

Initial evacuations began in July. As of Monday, at least 122,000 Afghans had been evacuated.