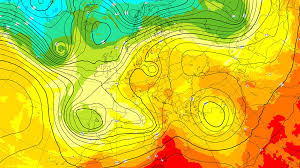 A new weather forecasting system has arrived|The weather is gaining worldwide, with major computer companies IBM saying it has succeeded in making accurate predictions about the seasons. This forecast will be available to everyone. The company said that this high-resolution four-cast was initially the first industrialized country. It is being said that weather forecasts with the new technology can be helpful prematurely in emergency preparedness. It will also help in the timely modification of the transportation and routes of the ships. This will benefit the farmers as well. The new system updates seasonally more frequently and is better than the system currently used in Europe and Japan. Most forecasts have a resolution of 10 to 15 square kilometers that is updated every six hours, while IBM’s high-resolution Atmospheric Forkasting system reaches three square kilometers and is updated every hour. Science and Forecasting, director of IBM-owned “The Weather Company,” says the new system provides details that were not previously available in regions such as Southeast Asia, Africa, and South America. The new system can predict when there will be heavy rains. This will not only make advance preparations for dealing with emergencies, but farmers will also be able to decide which crop to cultivate. A similar high-resolution system for weather forecasting was already in place in the United States, but according to Professor Fred Kerr of the University of Oklahoma, the new system is a great success.

The field in which Pakistan overtook everyone