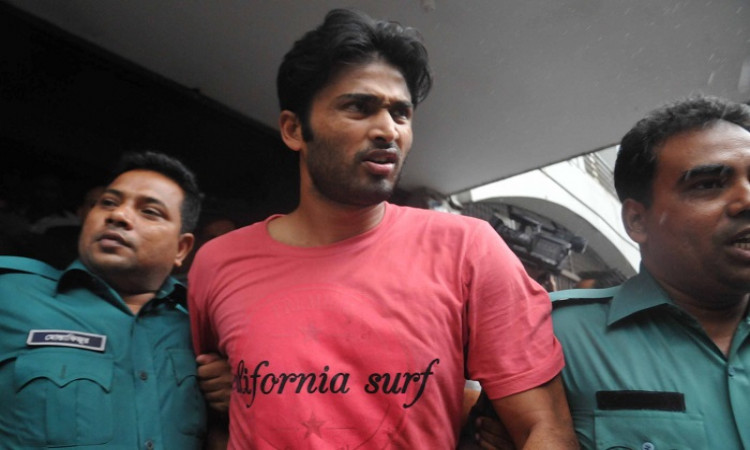 5-year ban on cricketer Shahadat Hussain | Bangladeshi cricketer Shahadat Hussain banned for 5 years for beating a player. Bangladesh Cricket Board BCB imposed a five-year ban on former fast bowler Shahadat Hussain for torturing a fellow player.
Shahadat Hussain also received a kick after slapping a fellow player on Sunday during the National Cricket League being played in Bangladesh.
The matter was reported by the umpires on the ground after which the evidence was found to be in violation of the board’s code of conduct.
The Bangladesh Cricket Board has imposed a five-year ban on martyrdom, of which two-year sentence has been suspended but they will have to face a three-year sentence. Shahadat Hussain has admitted his mistake where a fine of Rs 300,000 has been imposed on him along with the ban. The fast bowler, however, criticized the board’s punishment as harsh and said his career would be ruined as a result of that punishment.

Shahadat Hussain’s colleague, Arafat Suni Junior, had a discussion with the team on the issue of flashing the ball in a match between Dhaka and Khulna, a board official said, explaining the incident. In view of Shaheed Hussain’s past, the board imposed a five-year ban on him, the official said. Shahadat Hussain, who had the honor of representing Bangladesh in 38 Tests and 51 ODIs, was jailed for two months in 2015 where he and his wife were tortured by an 11-year-old domestic worker the charge was in September 2015, the police raided her home and recovered an 11-year-old girl who accused a Bangladeshi cricketer and his wife of torturing her.
Signs and medical checkups on the girl’s body confirmed that she had been subjected to severe physical violence and that the couple had been hiding from the police for a while. Referring to the incident in the field, Shahadat Hussain told AFP that the incident occurred during the summer and dismissed the allegations of stabbing or kicking Arafat Sunni.

I just pushed it, I did not harm it. However, I admit that it was my fault, as a Test cricketer, I should not have done so, but I will appeal against the punishment. The fast bowler said the 5-year ban is a severe sentence, I would accept a 6-month sentence or some fine, but my mother is a cancer patient and after this news, she stopped eating if I was given 5 years. If banned, it would result in my employment. It should be noted that Shahadat Hussain was also the head of news in 2018 when he attacked a driver of a rickshaw in Dhaka.