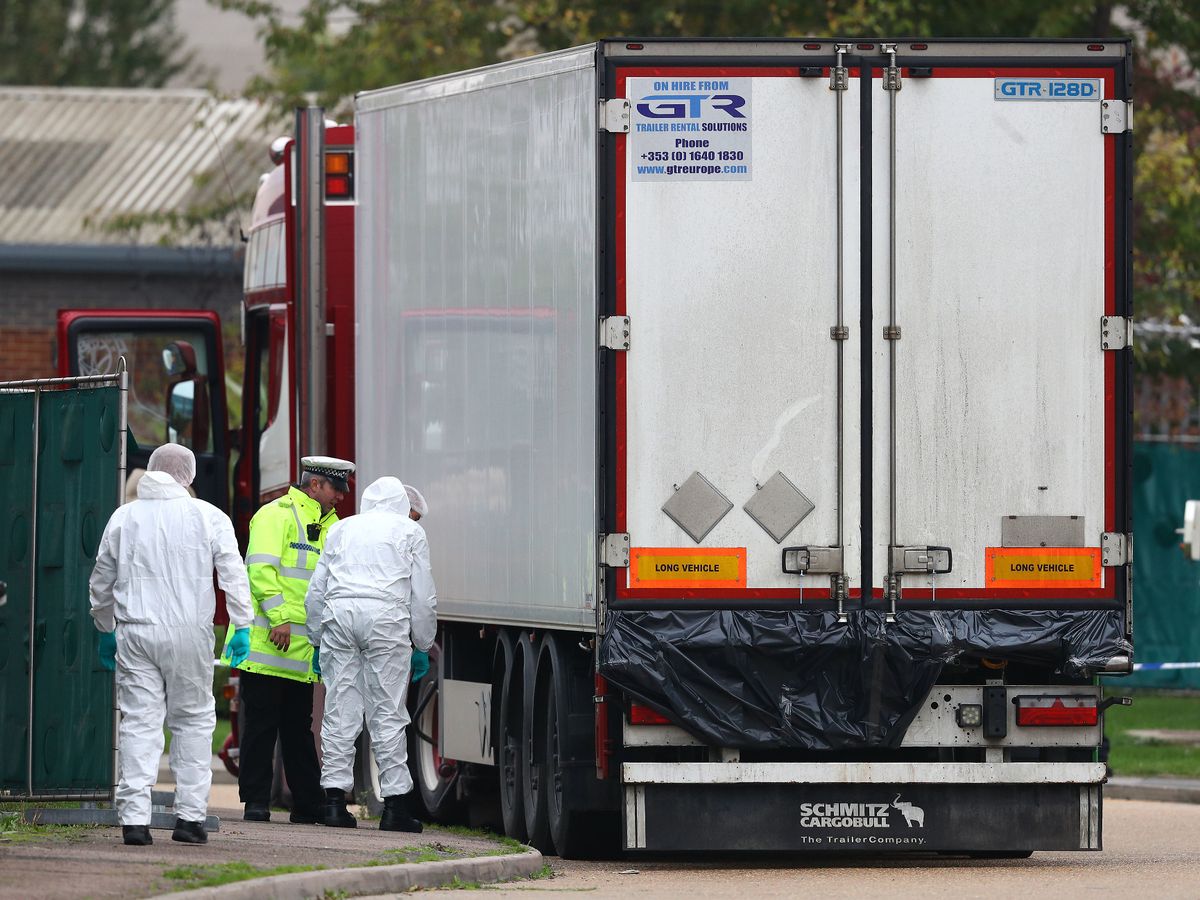 39 Chinese dead in the UK |UK- 39 bodies recovered from container belong to Chin. According to British police, the bodies of all 39 people found in a container truck near the port belong to China during a preliminary investigation into the tragic human trafficking incident in China. Essex police said yesterday that the bodies of 31 men and 8 women were found in Water Glades Industrial Park, 40 km east of London.

A 25-year-old truck driver from Northern Ireland was questioned on suspicion of attempted murder, but no case has been filed yet. Police in Northern Ireland searched 3 locations to identify truck victims and victims.
The Chinese Foreign Ministry issued a statement on social media saying that employees of the Chinese embassy in the UK are reaching the scene for assistance in the investigation.
Remember that the UK is considered the most attractive destination for refugees. British Prime Minister Boris Johnson announced to bring smugglers to parliament in the wake of reports of casualties.
It should be noted that the most tragic incident of illegal immigrants occurred in British history in 2000 when British customs officials recovered the bodies of 58 Chinese citizens in a tomato truck from the southern port of Dover.
Most groups of immigrants cross the perilous route to the British mainland on small boats and are sometimes found in the trunk of a car on a ferry between France and England. However, the events of the previous day suggest that some groups are still benefiting from mass trafficking.
The UK’s National Crime Agency warned in 2016 that people involved in human trafficking were using containers in ferries.
Earlier this year, the UK Border Force also identified Zebrog and the Netherlands as the starting point for human trafficking in the UK.