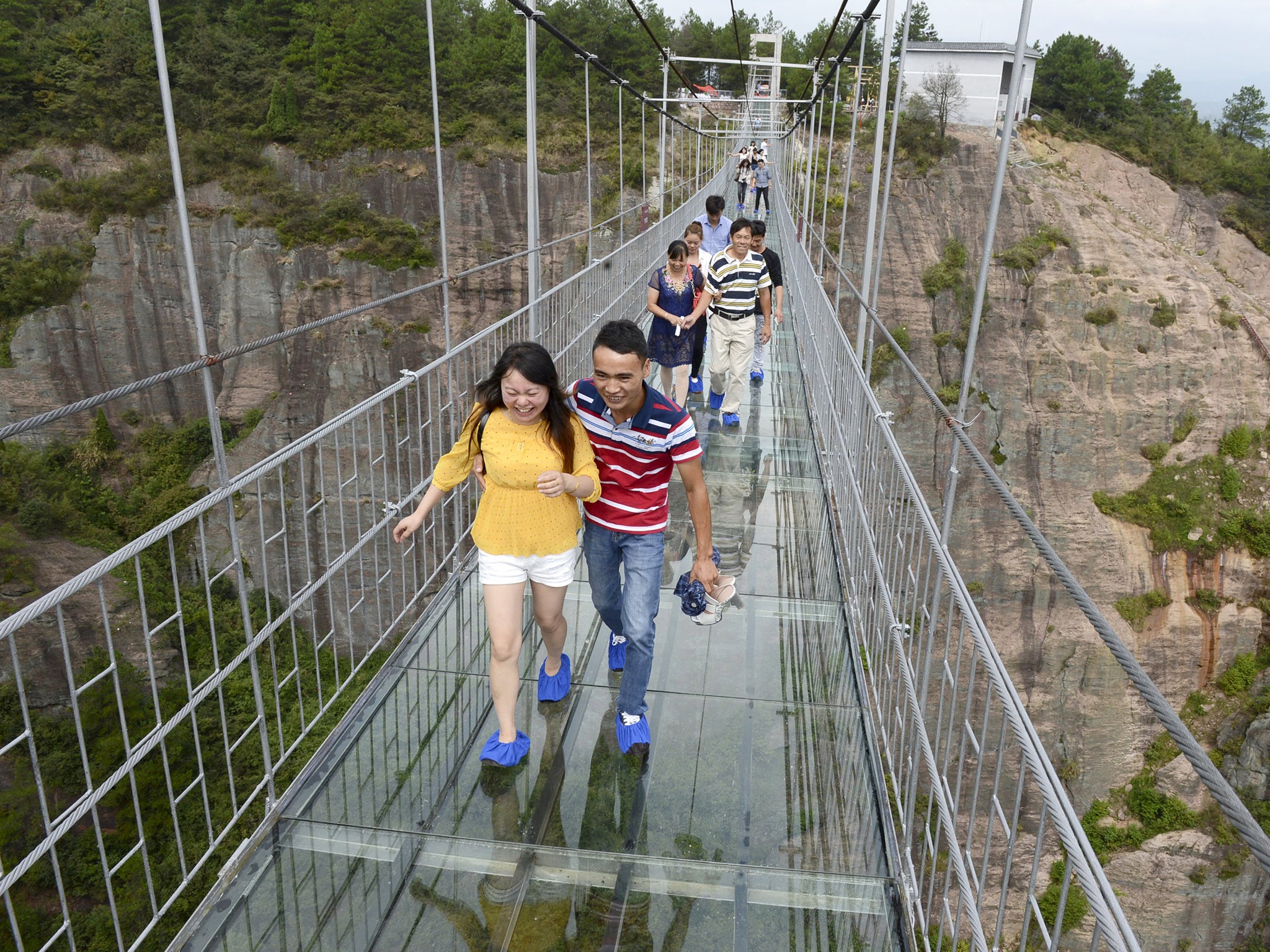 Many cities and provinces of China, including the Chinese province of Hebei and Hunan, are also considered as the city of glass bridges, where glass bridges are constructed not only on houses and buildings but also on the oceans and mountains.

British newspaper The Guardian told Chinese media in its report that after the accident and the death of at least 3 people, all-glass bridges were closed in Hebei province. According to the report, during the past few weeks, unpleasant incidents have occurred on glass bridges and at least 3 people were killed and 6 were injured in the collision, after which the authorities closed all the bridges. Hebei Province has 32 glass bridges, including the tallest glass tower in the world. The 488-meter global bridge over the city of Zhangjiania in the same province was also closed due to security concerns.
The glass bridges are believed to have been opened after the security measures were completed and officials will work to make the glasses used in the bridges more human-friendly.

It is important to note that in China there are about 23,300 glass bridges many of which are connected to the top of the mountains, while many bridges have been built on the oceans and rivers. Glass bridges over rivers and oceans blend into cities and not only do people walk on these bridges but they also carry heavy traffic.