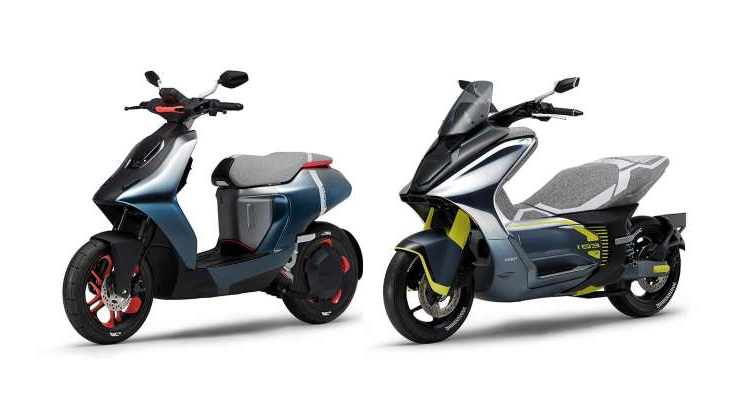 2 Yamaha Electric Concept Scooters | Japanese company Yamaha will introduce electric scooters at the Tokyo Motor Show. Starting October 24, the motor show will feature EO1s and EOs designed to facilitate traffic on city roads. The EO1 has a battery equivalent to a 125cc power engine and is considered suitable for long-distance running.

However, the company did not specify where it could travel on a scooter charge. On the other hand, the EO2 has a battery equivalent to a 50cc engine and is better suited for crowded areas.
Also, Yamaha is introducing a tutorial and a battery designed for rough routes that help speed it up.
However, it is unclear how long these scooters and bicycles will be available to consumers as they currently conform to the designated concept. However, their design indicates that they may be introduced soon. Every year something new is introduced at the Tokyo Motor Show through Yamaha. As of 2017, the concept version of the most unique motorcycle was introduced, which was amazing.

The front and rear of the ride, called the MWC4, was like a motorcycle, but in the middle, it felt like a car.
According to the company, the suspension setup of the MWC4 provides the quality of travel that is not found in traditional motorcycles.

The first man to walk in space died